Minutemen are one of the main factions in Fallout 4 and following their storyline will lead you to a “unique” ending. Unlike with other factions, Minutemen do not require you to become enemies with others until the very end, so you can progress their story without locking yourself out of other faction stories.
▼Article Continues Below▼
There are some instances in other factions’ questlines where you might become enemies with the Minuteman, but we’ll cover how to avoid that in this guide. If you are wondering how to stay in good standing with the Minuteman and complete all main quests for this faction, this is the guide for you. We’ll also cover how to stay friendly with other factions for as long as possible. Such is the nature of this guide that it WILL CONTAIN MAJOR SPOILERS. 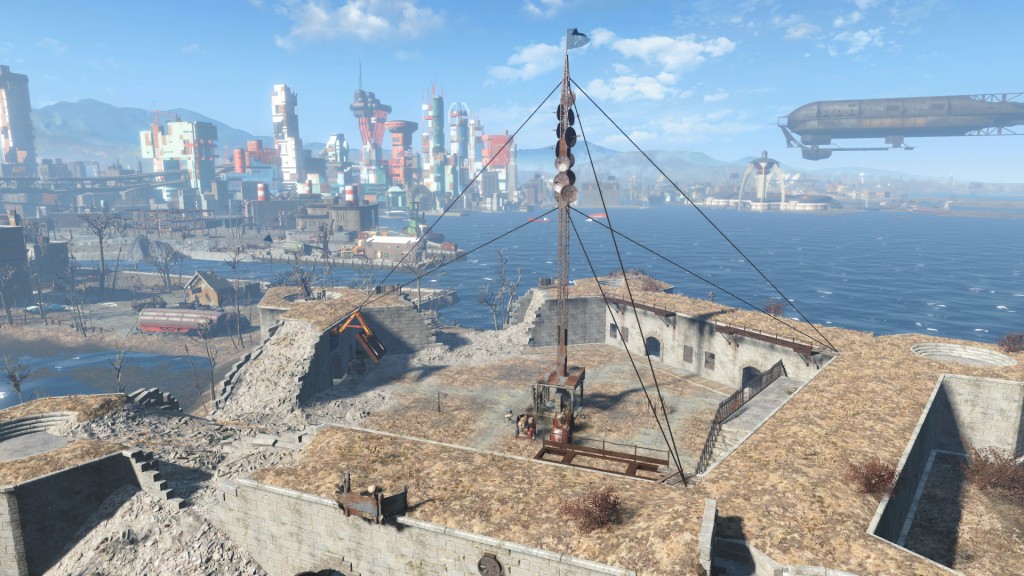 You get to join the Minuteman at the very beginning of the game, while you do the first few quests in Concord. Afterwards, all your dealings with the faction will go through Preston Garvey. Like all the other factions Minuteman have their main story quests, Radiant quests (randomly appearing quests that, after you do enough of them, start to repeat) to help settlements and that way recruit them (make them available as your settlement) and random repeatable quests that task you with helping a settlement you already own. NOTE: story qiests are not repeatable, others are radiant side quests and are used for farming experience and reputation. Minuteman are a great faction to choose for those players that plan on having and maintaining a large number of settlements (high Charisma characters in all probability with tendency to build structures and create supply lines and trade shops).Achievements associated to the Minuteman are When Freedom Calls, The First Step, Community Organizer (ally with three settlements), Taking Independence (Free the Castle), Old Guns. When Freedom Calls, The First Step and Community Organizer are easy quests to do and are done very early in the game, so we will not cover them here.

Objective is to free the Castle. At the beginning you have a choice of three ways to attack the stronghold. Draw them out worked for me the best. Use Pincer attack as a stealth character. The main question here is how to defeat the Mireluk Queen. It is a level 50 enemy and I was 22 when I first did this quest. I managed to defeat her by using a suit of Power armor and launching three mini nukes with my trusty Fat Man.

You might get confused as to how to get this quest. You have to wait at least three in-game days after Taking Independence quest, before Preston will tell you that there is Ronnie Shaw waiting for you at the Castle (you can just go to the Castle and she will spawn there). You will have to fight a tough Sentry Bot called Sarge (they explode when they die!), but the reward is Artillery Schematics. Once built, these can be invoked to bombard any spot on the map within range. 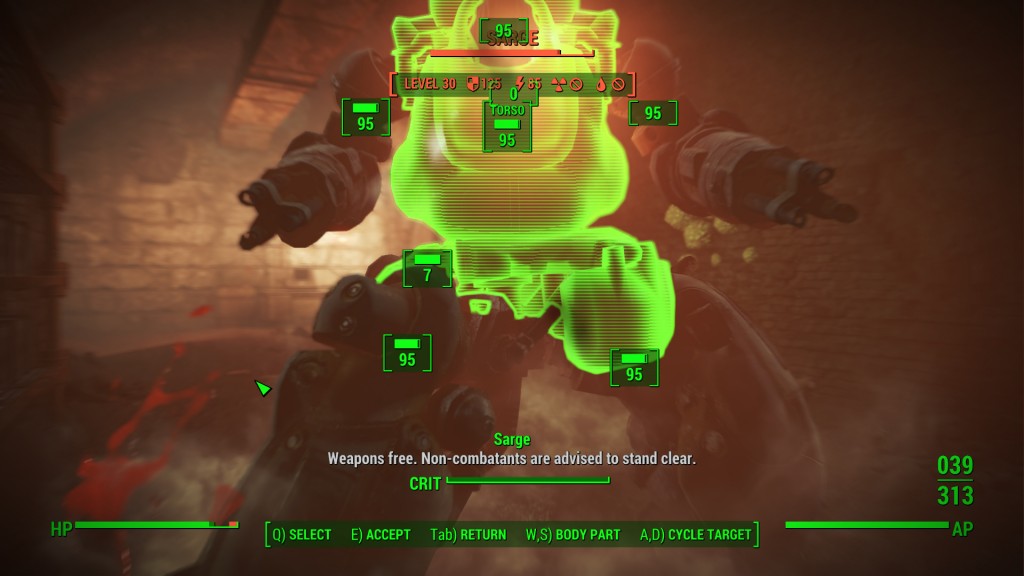 If you progress enough through the main story of finding your son you will come across the Institute faction. If you start doing quests for them you will reach Pinned. This quest has the potential of making you enemies with the Minutemen. As you do the quest you will reach a homestead and some Minutemen will be there. If you agree to help the minutemen, this will end your relationship with the Institute and make them hostile. On the other hand, you can pick a charisma check during the conversation with the minutemen and tell them to Stand down. This will let you stay allied with both factions.

If at any point you became hostile with the Institute you will get a quest called Form Ranks where you have to build 8 settlements. Once this is done there will be an attack by the Institute on the Castle. Here are some tips for that fight. Build up your defenses at the Castle – repair holes in the walls and get some turrets going. Synths will teleport through the walls trying to disable your generators. Try placing them inside the armory so they can keep powering your turrets and keep the grouped together for easier defense. Equip settlers at the castle with any weapons and armor you have. Just make sure that prior to starting this quest you build up your defenses properly.

The Nuclear Option (the Minutemen)

So, you decided to make Father hostile and you don’t want to work for Brotherhood of Steel or the Railroad (you do not have to be hostile against them, but you decided to choose the Minutemen Nuclear Option). After Defend the Castle and after Preston decides the Minutemen are strong enough for an attack on the Institute. Without spoiling much of the story, you will get inside the Institute and fight your way until you reach some Blast doors. To open them you will have to get into Father’s office and use his password to open the blast door. At this terminal you can also order evacuation, which will spare some innocent lives and make some fights easier.

Minutemen ending is considered by many to be the only good ending. You will have to take your time and take care of many settlements for everything to work out, but it gives you the satisfaction of being the good guy at the end (if there is such thing in Fallout). Big plus for siding with this faction is that you can do a great many story achievements with the other factions, until you really have no other option but finish the main quest the Minutemen way.

NEXT POSTAchievements & Trophies | Just Cause 3