According to a tweet from Bethesda, there may be a new holotape game coming to Fallout 4. If the image they published is more than a cruel joke, the Automatron DLC should bring a brand new Pip Boy game for all the 8-bit enthusiasts. 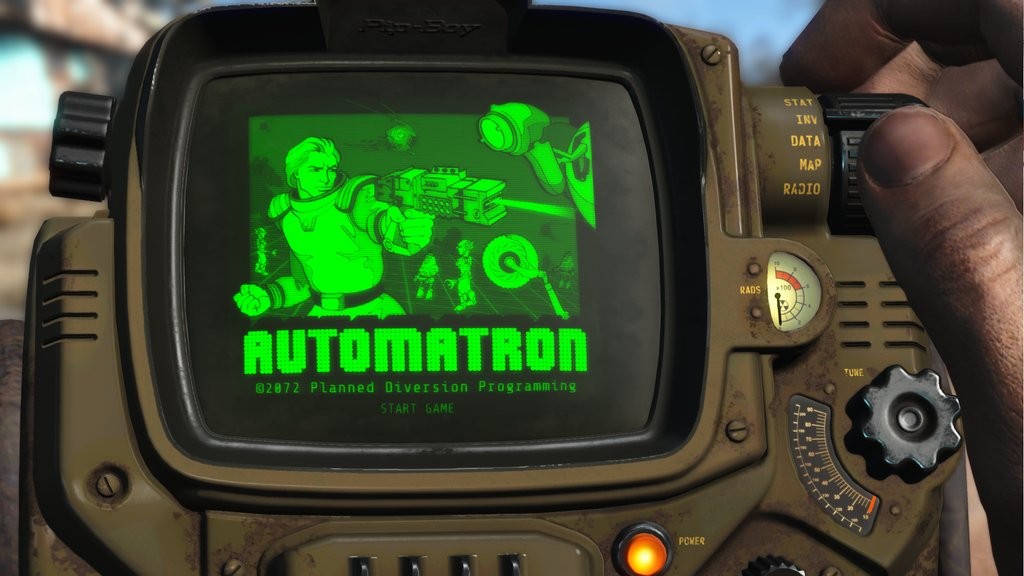 Fan of the #Fallout4 Holotape games? We love this one. #Automatron.

It seems the new game will carry the name of the DLC. The loading screen contains a picture of a Buck Rogers look-alike shooting at some robots in a grid-based, tron-like environment. The old Pip Boy games were all love letters to real games of yore, like Donkey Kong, Pitfall and Missile Command. The new one is bound to be a riff on an old, heart-warming formula as well, although it still remains to be seen which one. We’d love to hear your speculations in the comments.

Automatron is the first DLC pack for Fallout 4. It will be released on March 22nd, on Playstation 4, Xbox One and PC. If you’ve already bought the season pass, it will be added to your account as soon as it’s live. If not, you’ll be able to buy it either with the pack or separately.

NEXT POSTGuides and Walkthroughs for Fallout 4