Star Cores are special collectibles in Nuka World, the latest DLC for Fallout 4. They’re tied to the Star Control quest and collecting them all will allow you to get a unique power armor. Most of them are hidden in the Galactic Zone theme park, while some require going outside. This guide will show you all star core locations in Fallout 4: Nuka World, what you get for collecting them.

You can start the quest by visiting the Star Control building in Galaxy Zone. Examine the giant mainframe behind the glass enclosure and the quest will begin. You only need 20 cores to finish the mission, but if you get all 35, the enclosure will open and you’ll be able to snatch the Quantum X-01 Mk.5 power armor.

Where to find Star Cores

Most of the cores can be found in the different buildings inside Galaxy Zone. Some are scattered around the wider grounds of the Zone. Several will require you to leave and search other areas of the amusement park. You’ll find detailed instructions on where to find each one in the video below. Keep in mind, you’ll have to finish the main quest from the DLC in order to reach one of them. You won’t be able to power up the elevator that leads to the upper floors of Star Control building until you finish another quest.


When you’ve collected them all, go back to Star Control and plug them into the mainframe. You’ll have to place each one by hand. When you’re done, walk up to the terminal and give the order to remove the protective glass. This will allow you to grab the sky-blue power armor. 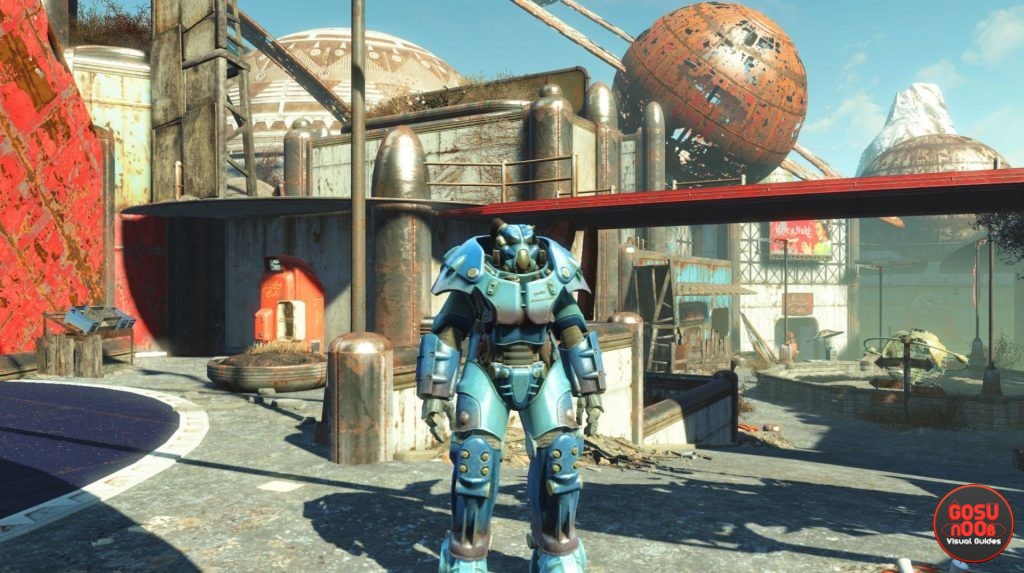 It’s undeniably one of the best power armors you can get in the game (along with a unique paint job), but it serves for little more than boasting – you’ll probably have played through everything at this point, so you won’t have much use for a new suit.