Final Fantasy VII Remake is just around the corner. The game is set for release on March 3rd, 2020, and the hype for it is building at a steady pace for quite some time. A few days ago, we learned that Final Fantasy VII Remake will get a demo on the PSN Store. Great news for all who want to check out the game before it officially launches. And today, one YouTube user got their hands on the opening cinematic for the game. After that, the video surfaced on Resetera. Sure, the cutscene was taken from the demo version of the game but it’s safe to assume the full version will start in the same way. You can check the YouTube video below. Square Enix will probably pull it down soon, but who knows. Maybe the company decides to keep it as another way to hype the game. 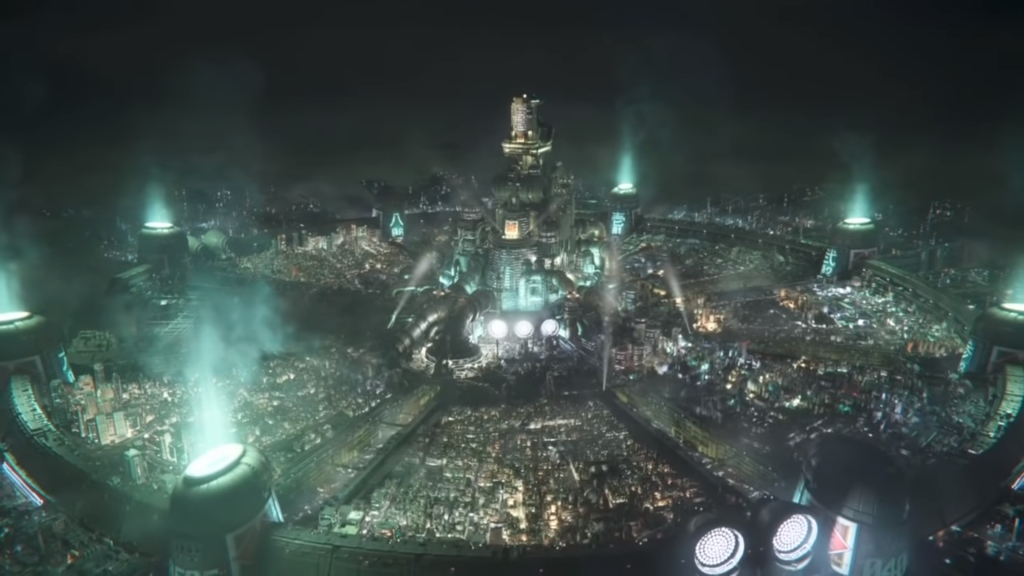 The cutscene starts with Aerith, and as she comes to the streets of Midgar, the camera zooms out. We are then treated with an astonishing overview of Midgar and the city looks stunning. It’s enormous and super-rich in detail. Remember that this game is only the first part of the story, covering only Midgar? Well, it seems that Square Enix designed a sprawling metropolis that is perfect for exploration.

Anyway, the cinematic ends by showing Cloud, Barret, and other members of Avalanche arriving at the Mako Reactor 1. This is where the first quest, destroying the said reactor, starts. And this where the cinematic ends. We expect that the demo will take place inside the reactor. And it’ll probably include just this one main quest. Whichever’s the case, Final Fantasy VII Remake looks gorgeous. We are especially impressed with Midgar. The city is enormous and we are hoping that the whole Midgar will be accessible in the game. That demo cannot come soon enough.