Aranea Highwind, captain of 3rd Army Corps 86th airborne unit, is both a boss and a party member in Final Fantasy XV. Due to aerial combat prowess and lance-wielding, she is reminiscent of Dragoons, a long time mainstay of the series. Being one of the rare female characters that actually does any fighting in the game, she has developed quite a following. It would appear that Square Enix decided to listen to their fans. 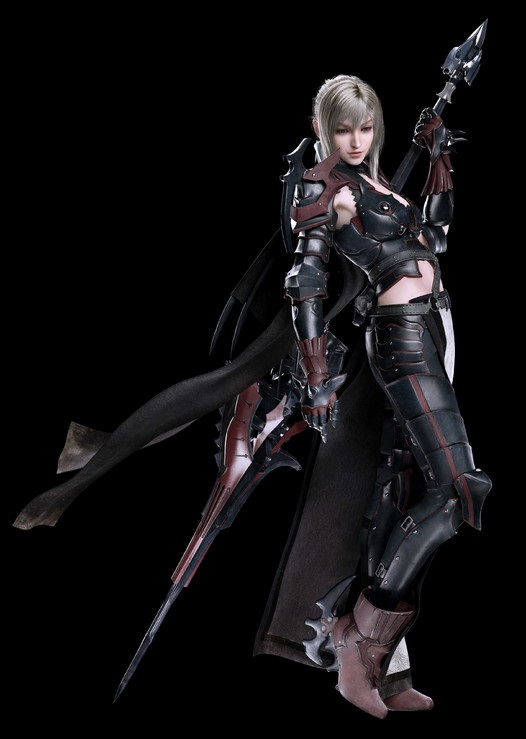 Polearm is the weapon of choice for captain Aranea.

The first story DLC for Final Fantasy XV, Gladiolus, is coming soon, at the end of March. Gladiolus Amicitia, one of the companions of Prince Noctis believes to be inadequate to protect Noctis and decides to gain more power to be worthy of the honour of protecting the prince. Prompto’s and Ignis’ story DLCs are also in the works, with the latter supposed to have a huge impact on the story of Final Fantasy XV.Another addition that Square Enix are preparing is the makeover of your royal transport – Regalia. It is time for it to go off-road! It is expected to be a part of a free content update coming at a later date.The future of Final Fantasy XV holds many more exciting things for the fans and new players alike. Online play is still in the plans. VR is being worked on, because the initial showing at conventions did not impress. There has been a lot of talk about Final Fantasy XV (finally) going to PC. However, the game’s director, Hajime Tabata, stated that they have been working on the PC version, but it was still “early days”. Apparently, they have yet to decide whether they are doing it or not. On the other hand, nVidia is already doing demo videos on their hardware with FF XV characters.We will keep an eye out on new DLC news regarding FF XV, and you can check our extensive guide list in the meantime.

NEXT POSTFor Honor Players Banned for AFK Farming by Ubisoft