Bioblaster Weapon is a machinery weapon found in the first FFXV zone Leide. It is the first machinery type of weapon you can use. You don’t even need to buy, it’ll be lying down in the dirt, waiting to be collected. It has a unique main attack and hidden secondary attack – Poison Mist.

Once in the starting zone called Leide, head to the northern part of it. There is an area called Keycatrich Ruins. If you are following the main mission, you’ll be guided here as part of collecting Armiger weapons.The item that that you need to collect is lying in the dirt in front of the entrance to the Keycatrich Ruins tunnel dungeon. Before you enter, take a look to the left side. There, lying on a rock is the Bioblaster. If you expected to see a real weapon lying on ground, you’ll be disappointed. This item, like any other item, is visible by the pointer only.

Bioblaster is a range weapon with a charging attack. You have to hold the attack button for a while to charge it up. It doesn’t have a huge range, so you’ll have to count that in as well. Keep in mind that the enemies that damage you as you charge the attack stop the casting time. 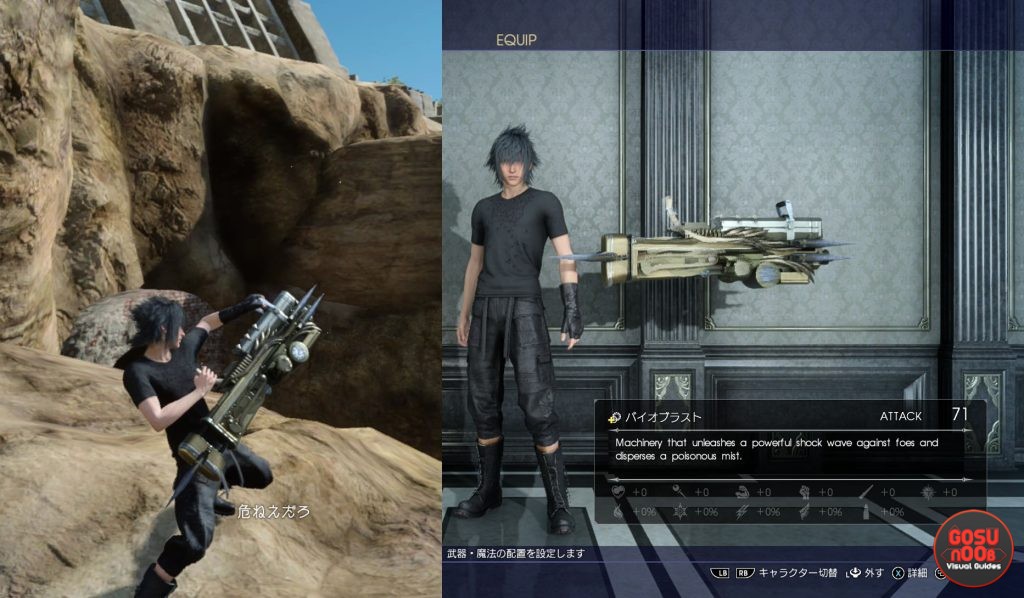