Fortnite kicked off its latest live event yesterday and it was a treat. The live event had some issues before it started, with the game’s server becoming full about half an hour before the event started. This led to many players being unable to log-in to the game and follow “The Device” from the first person. But even if you managed to log-in you might’ve ended up being kicked from the servers, which were under extreme pressure. Those who managed to log-in and stay in the game throughout the event had lots of story bits to watch.

“The Device” Live Event Made Massive Changes To The Map 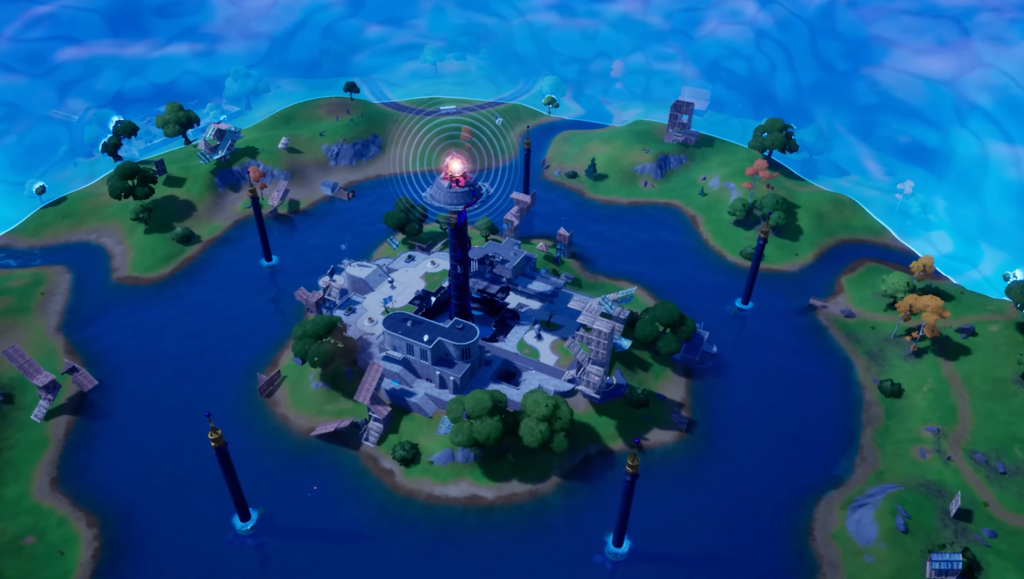 Once the live event started, massive things started happening all over the Fortnite map. First, we saw a formation of five giant electric pillars, which arose in the place of the hatches around the agency. The electricity gathered around the Agency, when all of a sudden Midas’ Doomsday Device exploded, turning the building into a giant, smoking crater.

That’s when a sort of an impact wave started spreading in a circle around the crater. Players were sent flying into the air with the electricity shoving the storm away from the crater. It all looked pretty epic, in the signature Fortnite Live Event fashion. And then, all of a sudden, players were transported into a mysterious office room. It turned out the office was occupied by Jonesy, who was spotted in front of it. He talked something about resonance and things being far from stable. That’s when players were teleported for the second time. They were greeted by an immensely high wall of water in front of the Agency.

The third teleportation event took place, placing players back into the office, with Jonesy coming in and talking to you. He couldn’t believe that you could hear him. After players met Jonesy, they were transported in the front of the Agency again, in a new match featuring the aforementioned wall of water in place of the regular storm wall. 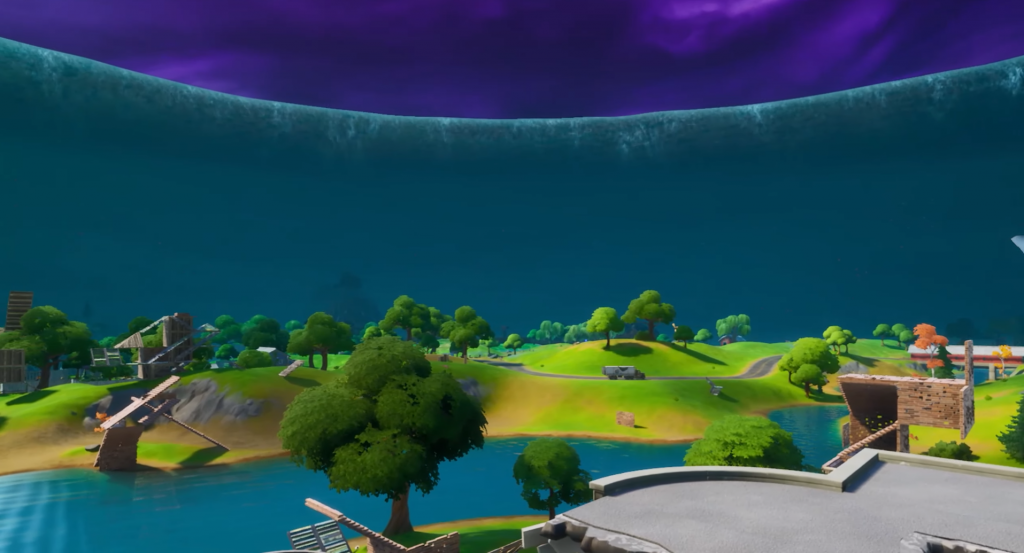 The wall of water can be entered. You can swim in it; you’re taking damage but can move inside it. It seems the Season 3 will include lots of flooding. This coincides with leaks that surfaced some time ago about the entire island being flooded and Season 3 happening underwater. But to get a confirmation for the leaks, we have to wait for Wednesday and the start of Fortnite Chapter 2: Season 3. If you didn’t watch the live event, check it out on YouTube.