Fortnite Chapter 2: Season 3 were to launch tomorrow but Epic delayed the launch for June 11. According to the developers, they needed a bit more time “To get everything ready for Chapter 2 – Season 3.” The current launch date still stands but it seems that someone in Sony forgot about the latest delay. Fortnite PSN Store page received an updated icon yesterday, at least for a while. It was removed shortly after but not before the news broke.

#Fortnite Season 3 Icon Has Been Leaked On Playstation! ? pic.twitter.com/CNitJdP1qc 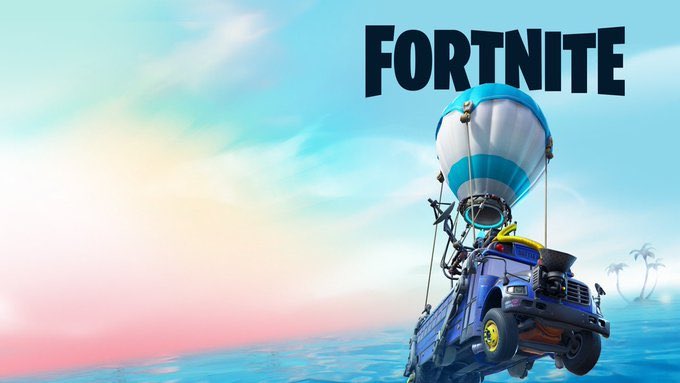 The icon showed the battle bus floating above the sea, surrounded by nothing but water. Well, almost nothing. If you look carefully you can spot a small island with three palm trees in the background. This is just the latest in a series of leaks and hints suggesting that season 3 might take place on the sea. Before the suspicious icon, we’ve got a leak showing a possible loading screen, and there were also suspicious puddles showing around the Fortnite map. Finally, there was a video showing animations for underwater swimming.

And let’s not forget about the animated short that debuted about a year ago. The said short shows the island found on the icon. It also hints that we could play Battle Royale in the sea. Together, the info strongly suggests that the Fortnite map will, in fact, get flooded. It could happen at the end of the current, or start of the next season. For now, nothing is confirmed and at the moment people at Epic Games are still silent about the setting for the next season. But getting the island flooded wouldn’t be surprising since the map experienced some pretty extreme changes in the past. At the moment, all we can do is wait for June 11 and hope Season 3 won’t be delayed, again.

PREVIOUS POSTTotal War Saga: Troy Lands On Epic Games Store On August 13, Will Be Free To Keep For 24 Hours