In Fortnite Chapter 2, Season 8, there is a mysterious secret skin, and many players are asking when and how they will be able to unlock it. According to the Battle Pass, the skins this season will be: Torin, Carnage, Fabio Sparklemane, J. B. Chimpanski, Charlotte, Kor, Toona Fish, and this cryptic new skin. In this Fortnite Secret Skin Season 8 – When & How to Unlock guide, we will take a look at this character, and all the speculation – and confirmed info – regarding it. 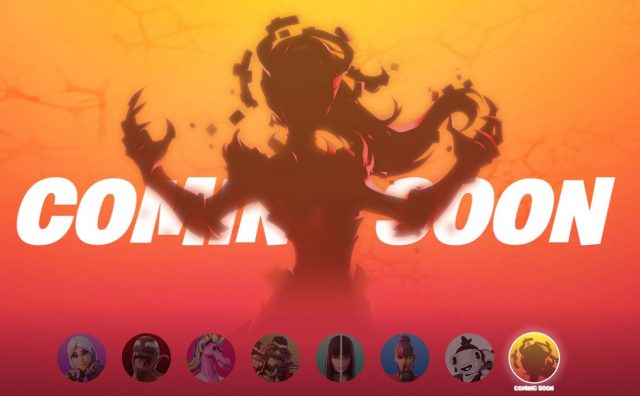 Who is Secret Skin in Fortnite Season 8

The short answer is – we don’t know yet. Not for sure. Which just makes it all the more exciting, since it’s been a long time since a genuine mystery such as this has been in Fortnite. And, while we don’t know exactly who this character is, there are some hints that we can use to try and figure out its identity. Well, first of all, we can almost certainly ascertain that this is a female character, based on her figure and long hair.

The spikes on what we assume is her armor, as well as her clawed fingers and what appear to be floating cubes around her head, point towards this being some sort of technological, or maybe magical being. In any case, we will surely get other hints that point to her real identity the closer we are get to her release date. Speaking of which, let’s see when exactly this will occur.

When Will Season 8 Secret Skin Unlock

This secret skin will officially unlock on October 28th, 2021. Until then, we can get busy grinding for the Carnage skin, or finding enough Rainbow Ink to fully paint the Toona Fish. This Season 8 looks to be another fun and engaging one, and we will keep you up to date with all the changes, news, and challenges in the upcoming weeks.