In Araumi – a part of Inazuma that was recently added to Genshin Impact – there are several rotation cube puzzles that you can solve. Each of these will get you a nice reward once you solve it, so taking them on is very much worth it. However, that’s easier said than done, since these puzzles can be very difficult to solve. Since, once you activate one, that also makes another cube rotate, they have a lot of possible combinations. To save you the trouble of finding the correct order through trial-and-error, read our Araumi Rotation Cube Puzzles Genshin Impact guide for the best and fastest solutions. 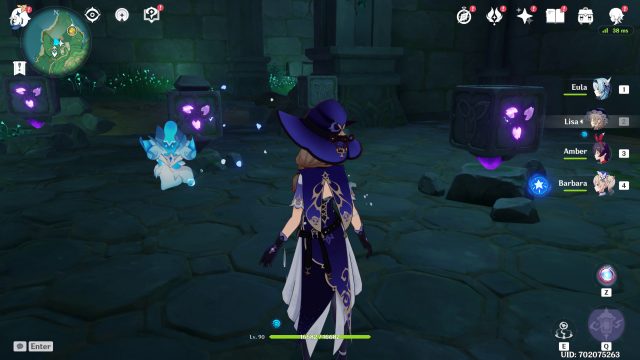 How To Solve The First Araumi Rotation Cube Puzzle

All of these puzzles are located in Araumi. This is where you will go during the Sacred Sakura Cleansing Ritual questline and you can see how to bring down the Araumi Barrier in our guide. The first of these puzzles you will encounter is above ground. It is a series of three pillars, and this is best tackled with a ranged character (such as Fischl or Amber). To solve this, do the following: shoot the left pillar, then the middle one, left again, and finally the middle one. If you have done this correctly, an Exquisite Chest will appear.

How To Solve The Second Araumi Rotation Cube Puzzle

This next puzzle is a lot trickier. To get to it, you will first need to have the Memento Lens in your possession. If you still haven’t gotten this gadget, here’s our guide on how to acquire it. So, jump into the tower and use the Memento Lens to look at the fox statues and unveil the buttons which you will need to press to get to the bottom. Once you are here, you will encounter five rotating cubes. Incidentally, you will need to complete this puzzle to get to the Empty Boat Of a Thousand Domains water domain. We’ve linked our video below that explains all the steps you need to do to solve this puzzle. A Precious Chest will then appear. Even more importantly, the water level in the hole next to it will drop, allowing you to explore the next underwater section where the final puzzle is.

How To Solve The Third Araumi Rotation Cube Puzzle

Dive into the newly-uncovered hole and swim to the other end of the hallway until you reach a flight of stairs. Go up these stairs and turn around. You will see a row of five rotating cubes. To pass this, simply shoot the cube in the middle twice. Another Precious Chest will appear. You can now also proceed to fight the formidable Perpetual Mechanical Array. Congratulations, you’ve now solved all the Araumi Rotation Cube Puzzles Genshin Impact.