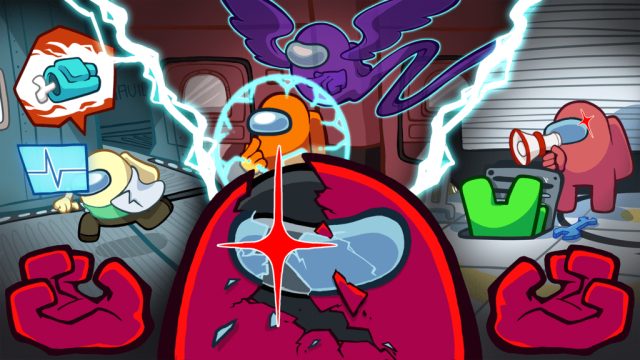 Shapeshifter Among Us New Role

The Shapeshifter is probably the most interesting new role. As its name suggests, this Impostor role gives you the ability to assume the appearance of a living crewmate. I’m sure that we don’t have to point out how useful this can be in sowing confusion. However, be warned, as the disguise won’t last for too long, and you will leave evidence behind when you shapeshift.

Among Us Guardian Angel Role

The Guardian Angel is a role whose true potential is revealed after they’ve died. As a ghost, you can now put up a temporary protective shield that will guard Crewmates against Impostor attacks.

Among Us Scientist Role

Another Crewmate role, the Scientist can check to see the health of the characters in the game – potentially revealing if anyone has died. To be able to use the device which tells them this, they will need to fill up its battery by completing the various tasks on the map.

Engineer Among Us New Role

Like the “vanilla” Imposter, the Crewmate Engineer can also use vents to move around. Of course, you should be very careful when using this option, since you don’t want other characters to see you and mistake you for an Imposter.