While Back 4 Blood already has a cast of colorful characters, players are curious whether about how to unlock additional characters. The Open Beta is set to start today. Players will be able to play as one of eight Cleaners: Hoffman, Doc, Walker, Mom, Evangelo, Holly, Jim, and Karlee, or as one of five Ridden: Snitcher, Tallboy, Reeker, and Stinger. In this Back 4 Blood How To Unlock Characters guide, we will discuss how this process of unlocking characters functions in the current version of Back 4 Blood. 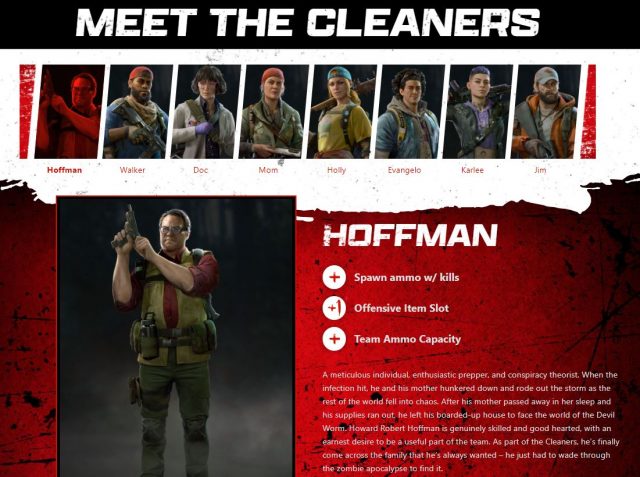 Back 4 Blood How To Unlock Characters

The short answer is – you cannot. At least not yet. All of the characters featured in the game are available right from the start, and you don’t need to do anything special in order to unlock them. The game is currently in beta and a lot of things may change down the line until the full version is released on October 12th, but at this moment, the cast of characters is set. Though, when it comes to the Ridden, there are still a couple of question marks over several of these monsters, which does seem to indicate that we can look forward to more of these monsters at a later date. And, who knows, the odds of getting new Cleaner characters in a future DLC or some other update are also very much in our favor, especially if Back 4 Blood does well financially and critically.

Though, luckily for us, the Cleaner characters we’ve already got make for a very eclectic and fun crew to play around with. Besides a special ability, each character also has a passive personal and team boost. This means that there are many possible combinations inside every team, and that every play session has the chance to be different than the one before. Even better, this also allows players to find characters that fit their own personal playstyles.