Salt and Sacrifice is the sequel to Salt and Sanctuary – the surprise 2D Soulslike hit from 2016. It follows the Soulslike formula very closely, down to the array of different classes at your disposal in character creation. There are eight of these, and it can be very difficult to pick the right one – especially if you don’t know much about the game. To help you out, we are going to list out all of the classes, discuss their pros and cons, and give our opinion on which is the overall best class in Salt and Sacrifice. 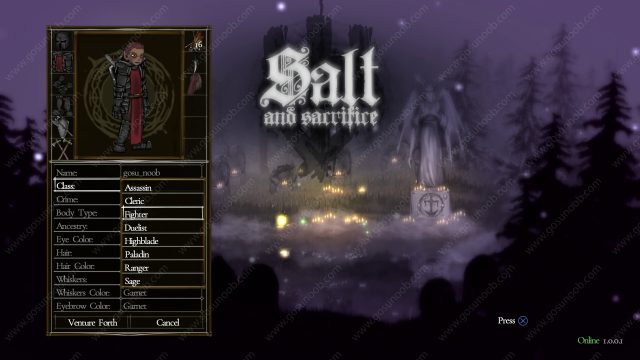 Your starting Crime and character class are the most important choices you will need to make at the start of the game. So, before we pick the best class in Salt and Sacrifice, let’s see which classes are available in the game first. These are:

Which class to pick? Well, this depends on several things. First of all, what sort of character do you typically like to play the most in games such as these? If you prefer to rush headlong into combat, then the Fighter is always a classic pick that you can’t go wrong with. Or do like to play with a bit more finesse and strategy? Then, the Assassin or Duelist could be right up your alley, as both of these can deliver a lot of punishment (though, to compensate for this, they are a lot more squishy than the Fighter or Paladin). Ranged combat – the Ranger is your guy. But for our favorite pick, we’d have to go with the Cleric. Due to its self-heal ability, the Cleric can both take damage and get back up to dish it out. Of course, you won’t go wrong with whatever class you end up picking.

NEXT POSTWhen is Night Market in Valorant May 2022