What are the best guns in Apex Legends Season 13 is something you will want to know if you want to stay ahead of the competition. Just like the game’s diverse cast of characters, Apex Legends boasts a variety of guns which cover various playstyle and situations. Unlike legends, the quality of weapons can be drastically modified thanks to the attachment system. This allows players to fine-tune their guns and turn even the least optimal armaments into weapons of mass destruction. Here’s our Apex Legends Season 13 weapons tier list. 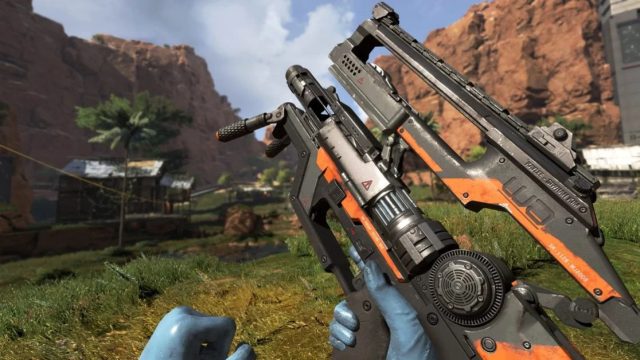 What are the best weapons in Apex Legends Season 13?

The Season 13 has finally arrived and with it, a bunch of new content, ranked improvements, and of course – balance changes. The universally hated Kraber has been nerfed. That was expected, but what’s more baffling are the nerfs for the L-Star. L-Star wasn’t a particularly good weapon even prior to the nerfs, but apparently, devs know something which we don’t. The Devotion has also been nerfed across the board. Mozambique and the Peacekeeper have a slightly increased limb damage, while the Havoc received improvements for its recoil control. Other guns which have received balance changes in this update are the Spitfire and Mastiff.

The tier list you’ll find below is based on these balance changes, the previous state of the meta, our testing of the guns, and our personal preferences. Of course, this is not an exact science, and we can have different experiences and opinions about these guns. If you think that our tier list is wrong, that’s fine. With that said, let’s jump right into our Apex Legends Season 13 weapons tier list.