Pathfinder: Wrath of the Righteous has many secrets, and one of these is a special area that you can enter in the basement of the Lost Chapel. Unlike some other sections which will reward you once you figure them out, such as the Grey Garrison Puzzle or the Color Gem Puzzle, this isn’t really a puzzle per se. Though, figuring out how to enter this area is also tricky and requires you to do several things in order to gain entrance. Our How to Enter Lost Chapel Basement Pathfinder Wrath of the Righteous guide will explain everything you need to do here. 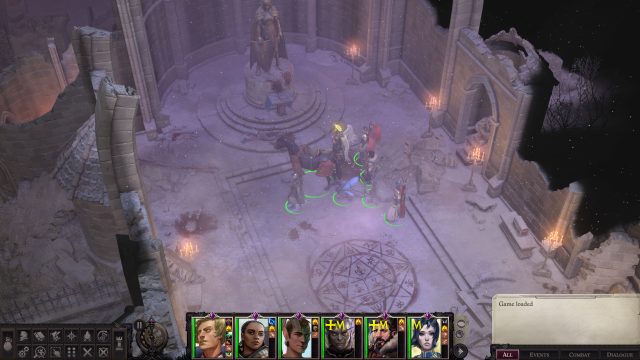 How to Get Into Lost Chapel Basement

The ability to enter the Lost Chapter Basement is intertwined with the Lich Mythic Path. In fact, if you do not take the first steps towards this Mythic Path, you will not be able to enter this area at all. So, the method to discover this otherwise hidden area starts at Leper’s Smile. Once you have defeated the Vescavor Queen here, go underground – it’s right next to where you have killed it.

Once underground, go to the path to the left and you will encounter a chest with the Wand of Zacharius. Pick this up, you will need it. While you’re here, you can also pick up the Terendelev’s Claw, which will allow you to unlock the Gold Dragon Mythic Path later on. After you have entered the Lost Chapel location, make your way up towards the Chapel interior itself. In a central room where the Cultists are performing rituals, you will be able to uncover a door leading to the Basement – provided you have picked up the Wand of Zacharius. This door is next to the statue.

This door can only be found and unlocked that way. You cannot unlock it – or even notice it – without the Wand in your possession. If you want to become a Lich, go to the Basement immediately. Do this before defeating Nulkineth. Otherwise, you will no longer be able to go there. In the Basement, you will meet none other than Zacharius himself. He will demand his wand back. To unlock the Lich Mythic Path, give him back his Wand. If you refuse, he will attack you. He has some nice loot on him, including the unique Dried Hand of Martyr, which gives you the ability to cast the Death Ward spell once per day. But be warned – it’s a very tough fight.

NEXT POSTGwerm Mansion Locked Door Pathfinder Wrath of the Righteous