Don’t know where to find Coarse Thread in V Rising? The vampire survival RPG has quickly caught the attention of gamers and the game’s popularity rises rapidly with each passing day. If you are one of those new players on the journey of becoming the ultimate vampire lord, you will want to equip yourself with proper gear as soon as possible. One of the best early game protections is the Nightstalker armour, and for that, you’ll need to find a bunch of Coarse Threads. In this guide, we explain where to find Coarse Thread in V Rising. 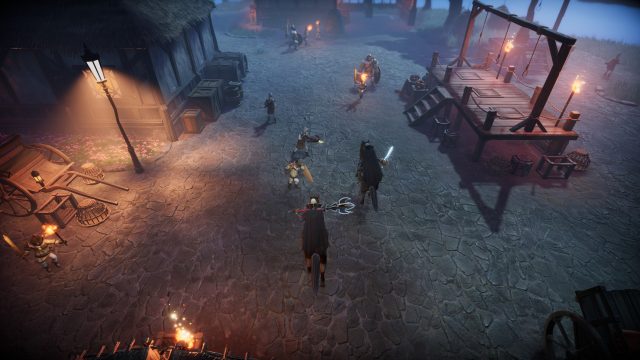 How to Get Coarse Thread in V Rising

Unlike some other, more elusive items and materials in V Rising, like the Unsullied Heart, for Coarse Thread players actually have quite a few ways of getting it. Though this is one of those basic ingredients which can not be made, only found. Fear not, as it is fairly easy to find them during your early game explorations of the Farbane Woods. So, where do you want to look in order to find this lucrative item?

The best place to look for it is in various bandit camps.The most efficient way to farm Coarse Threads is in the Logging Camps and the Trapper Camps. In these camps, you have higher chances of finding the desired item in the crates scattered around the encampments and they can also randomly drop from the enemies as loot. Furthermore, even the basic Bandit Camps can have them. So there you have it, that’s where you need to go in order to get the required amount.

The good thing is that there’s quite an abundance of them, but you will always need to go into bandit camps in order to get them. As we’ve already mentioned, they are currently an uncraftable item. However, once you make the Nightstalker armour, you’ll not need them as much.

PREVIOUS POSTV Rising Servants, How to Get & Use Servants

NEXT POSTV Rising Putrid Rat, How to Get Rat Form