Animals have always been a prominent part of the vampire mythos. From the obvious vampire bats, to rats, wolves, all the way to the mighty bear, the accomplished vampire can both control these beasts and take on their shape. Though, before you can do that in V Rising, you first need to find special bosses (called V Blood Carriers) and drain them of their blood so that you can gain these abilities (as well as new buildings to create and recipes to craft). The Ferocious Bear is one such boss, and when you defeat it, you will gain the Bear Form ability that allows you to shapeshift into a mighty bear. Of course, to defeat the Ferocious Bear in V Rising, you will first need to find its location, and also figure out the best strategy to beat it. In this guide, we will explain both of these. 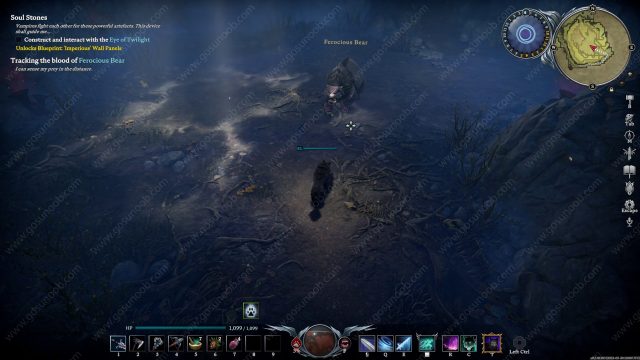 Where to Find Ferocious Bear in V Rising

To find the Ferocious Bear, interact with your Blood Altar. Here, you can see all of the V Blood Carriers in the game, such as Beatrice the Tailor, Putrid Rat, and more. So click on the BA and scroll until you find the Ferocious Bear. You can then turn on the “Track Blood” which will lead you to its lair. The lair itself can be found at the far east of the map, in the Farbane Woods region.

How to Beat Ferocious Bear in V Rising

This is a Level 36 boss, so it’s recommended that you have gear that is at least that level as well. It uses powerful AoE attacks and is very durable. It’s best if you take it on with a friend or clan. If you can, make one of the players distract it in melee while the others pepper it with ranged attacks. If you decide you’re going in solo, we’d advise that you invest in the Blood Aegis and Chaos Dodge abilities. Though, if you find that you cannot beat it at this moment, there’s nothing wrong with going back to beat it once you are more powerful and have better gear on you.

As reward for beating it, you will now be able to assume the powerful Bear Form. While in this form, you will be able to destroy some objects which were previously unbreakable, as well as gain a bonus to physical resistance, faster movement speed, take less damage, and gain slightly improved regeneration.