Being a survival game, one of the core gameplay loops in V Rising is the process of gathering various resources and then using them to craft and build progressively better structures and gear. There are countless materials and ingredients in V Rising, and at some point during the game, you’ll need them all. One particularly sought-after and hard-to-find item is the Twilight Snapper. Among other things, you’ll need this one in order to summon the Putrid Rat, a level 30 V-Blood boss fight. If you are struggling to find it, in this guide, we will explain the best location where you can find the Twilight Snapper. 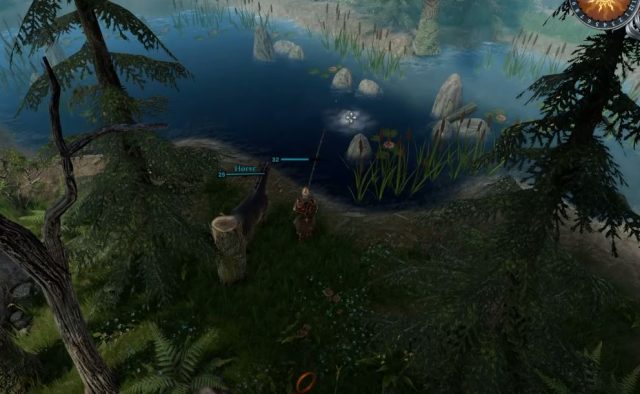 Where to find Twilight Snapper in V Rising

In general, for many resources in V Rising, the game will give you general information on where can you find them. Mousing over a point of interest will give details on what can you expect to find there, including which goods are up for grabs. But in the case of the Twilight Snapper, things are not really clear.

Although in real life, Snapper is mostly a sea fish, in V Rising, you’ll need to look for it in small ponds scattered around inland areas. To our current knowledge, Twilight Snappers don’t drop as loot and they can not be found in chests. The only way to get a Twilight Snapper is by fishing. In order to fish, you will need to build a woodworking bench and craft a fishing pole.

Equip the rod and look for the blue areas on the map, which represent small ponds where you can fish. Once near a pond, just left-click on it with the rod to start fishing. Wait for a water splash and left-click again to hook the fish. Unfortunately, you will need to be patient, as getting the Twilight Snapper hooked is very rare. We don’t know the exact chances, but it seems it doesn’t really happen often. Some players report that fishing in the Farmlands gives better results than fishing in the Farbane Woods, so you might give it a try. What we do know is that, despite having “Twilight” in the name, you can catch this fish both during the day and night.