When does Valorant Episode 5 Act 3 start? And when does Act 2 end? The next act of Valorant Episode 5 is just around the corner, and we are slowly learning new details about the update. Riot Games have just revealed Agent 21, Harbor, who is set to make a debut in Act 3. Of course, there will also be a shiny new battle pass with a host of eye-catching cosmetics. Furthermore, we can expect a new game mode, weapon bundles, and much more. So, when will be able to try all that? Here’s Valorant Episode 5 Act 3 release date and time. 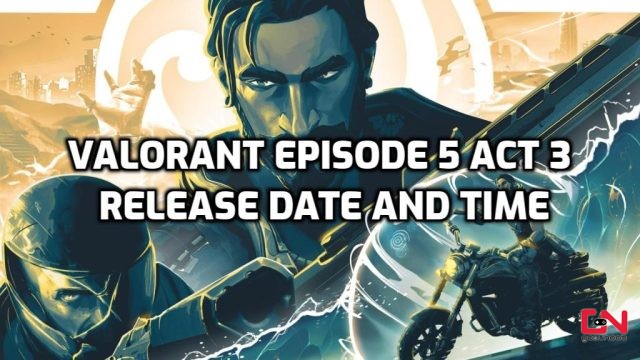 When is Valorant Episode 5 Act 3 start date and time?

Valorant Act 2 is set to end on Monday, October 17th. That will be the last day for you to climb the ladder in the current Ranked Act, as well as the last opportunity to grind through the Act II battle pass. Consequently, October 18th is the first day of Act 3. For NA servers maintenance and downtime will start at 9 pm ET / 6 pm PT on October 18th. On the other hand, for Europe, the maintenance should kick off around 3 am CEST / 2 am BST the next day, October 19th. The game will be unavailable during the downtime period.

However, we expect the timings to be similar to the previous Act. Based on that, for NA servers maintenance and downtime should start at 9 pm ET / 6 pm PT on October 17th. On the other hand, for Europe, the maintenance should kick off around 3 am CEST / 2 am BST the next day, October 18th. Of course, these exact timings are not confirmed and are subject to change. The moment we learn the exact times, we will make sure to update the article.

As we’ve already mentioned, the highlight of the new update is Valorant Agent 21 Harbor. He is a controller agent capable of commanding tide and torrent. The new update will also bring a brand new battle pass, several weapon skin collections, and other cosmetics. Furthermore, there is a new game mode called HURM which will probably be another addition in Act 3. HURM is an ability-enabled team deathmatch game mode where the team that first scores 100 eliminations will win. With that said, that’s all you need to know about Valorant Episode 5 Act 3 release date and time.