Leveling up in Gwent works a little differently than you’d expect. The level progression has clear rules, but they can be hard to grasp early on in your career. The leveling rewards you’ll get are mainly ore, scraps and sometimes single cards. In this guide, we’re going to show you how Gwent level rewards & progression work, what to expect each time you reach a new level. 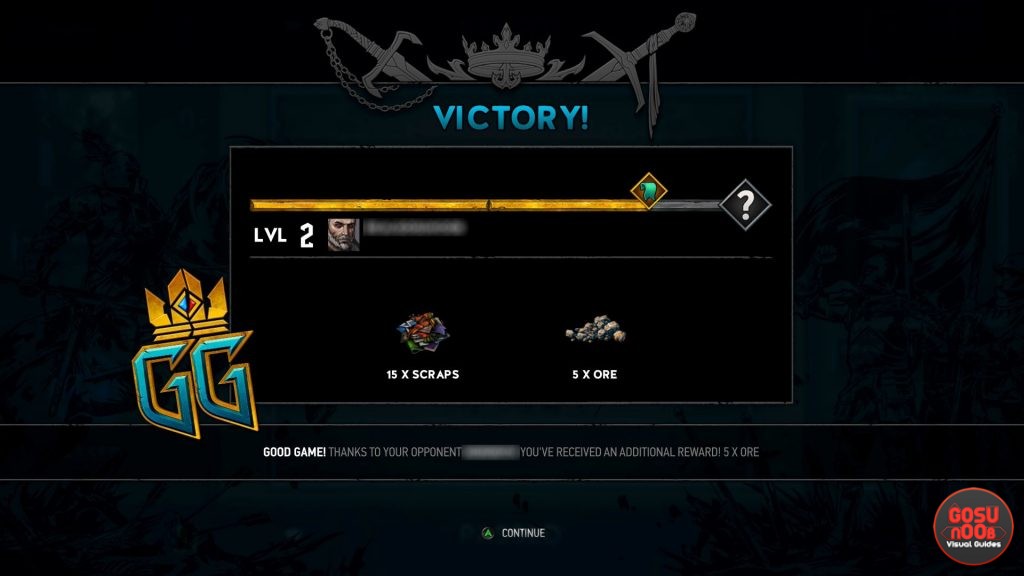 In order to level up, you’ll need to win matches. Losses don’t award any experience points. Each time you level up, you’ll be awarded a lump sum of ore. While working towards the next level, you’ll also reach certain checkpoints that will reward you. The rewards can be fifteen ore, fifteen scraps or even single cards. The single card you receive has the same probability of being Rare, Epic or Legendary as the first four cards you get in a keg. The more you level up each day, the more diminished the returns get. Thankfully, the counter resets daily, so you can reap the full benefits again. Here’s how the system works:

One more reward system worth mentioning is the Good Game reward system. If the opponent sends you a GG, you’ll receive either five ore or five scraps. It doesn’t sound like much, but it adds up, and it’s a nice gesture.

So, from purely a materialistic point of view, leveling up more than three times a day makes no sense whatsoever. Get your checkpoint shinies, go up a few levels and call it a day. You’ll know the countdown was reset when you see a message saying New Day after a match. Of course, if you’re just there for the fun, this shouldn’t concern you too much.