Siege is one of the main missions in Kingdom Come Deliverance. It’s a quest in which you prepare for the attack on Ishtvan, who’s holed up in Talmberg castle. You’ll need to help the army by providing for the camp – they’ll ask you to bring a priest, herbalist and physician, and to get them some beer and meat. The hard part is getting the personnel, as they’ll be reluctant to come. Our Kingdom Come Deliverance Siege quest guide will show you how to win them over.

Where to find priest?

You’ll need a priest to draw crosses on dead people’s foreheads. There are a bunch of priests you could talk to, but the one we know for certain will accept is your buddy, Father Godwin. However, depending on which side quests you’ve finished, he might not be available. If you talk to him and he tells you he has to deal with rumors of hereticism in his flock, you’ll need to complete the Waldensians quest. Find sir Hanush and talk to him – he’s the one who’ll give you the assignment. 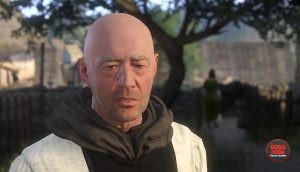 How to get herbalist?

You’ll also need a herbalist to brew large quantities of the Cockerel potion, to help troops stay awake. The game won’t allow you to brew them yourself, so don’t waste your time trying to get the recipe. Instead, you should head on over to the herbalist north of Ledetchko. She won’t be willing to help initially, but bribing her seems to work. Just be prepared to spend a fair bit of coin. Once she’s on your side, you’ll need to get her 120 mint, 60 valerian and 10 wormwood. 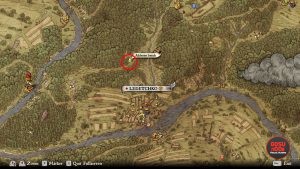