Battlegates are portals that lead to special challenges in Kingdom Hearts 3. These battle portals link the different worlds with arenas in which you fight for munny and experience. They only become available after you’ve completed the story, and there’s around a dozen of them. If you’re wondering where to find them, who you’ll face and what you can expect as rewards, keep reading our Kingdom Hearts 3 Battlegates locations guide.

You’ll find the first battle portal at Mount Olympus. Teleport to the summit (fourth fast travel point) and head up the stairs. As soon as you enter the Realm of The Gods, you’ll see the blue orb in the courtyard. Activate it to start the trial. The difficulty is one star, and completing will net you the Fire Cufflink (boosts magic and max AP) and secret report #1. 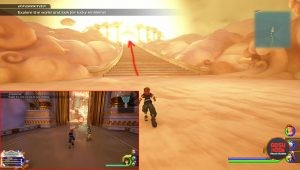 The second battlegate requires you to got to the Apex of the Realm of the Gods (sixth fast travel point). Turn around and go through the giant gate behind Zeus. You’ll see the orb in the middle of the area. The difficulty is two stars, but the rewards are better as well – a Cosmic Belt + (increases defense and all resistances) and secret report #2. 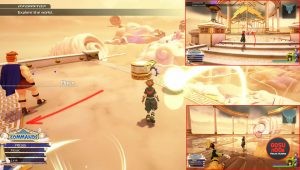 The third one is in Twilight Town. Teleport to the Old Mansion (second fast travel point) and turn right. You’ll see the orb immediately after you exit the gate. The difficulty is two starts. If you manage to overcome the challenge, you’ll receive an Evanescent Crystal (rare synthesis material), as well as secret report #3. 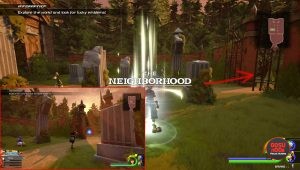 This next one is near the Kid Korral (sixth fast travel point) in the Toy Box. Once you spawn you’ll see the orb in front of you, in the vent. It’s an easy one, with just one star of difficulty. Finishing it will grant you a megaelixir (completely restores everything to your whole team) and secret report #4. 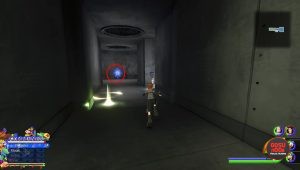 This one’s pretty easy to find. Teleport to the entrance of Galaxy Toys (second fast travel point) and turn around. You’ll see it by the door. The difficulty is two stars this time, and completing this will result in you getting a Thunder Cufflink (boosts magic and max AP) and secret report #5. 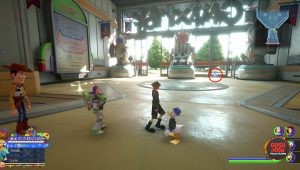 For this battle portal, you should spawn at the Windflower Clearing (5th spawn point). Head towards the wetlands (away from the field of flowers). When you see the cliff with the caves, turn right. The orb will be in the middle of the valley. There are two stars of difficulty here, so make sure you’re ready. A win will mean you get an Illusory Crystal (rare synthesis material) and secret report #6. 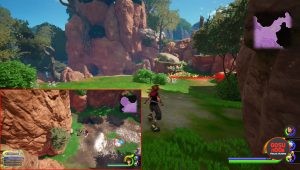 Spawn at the tower, the first fast travel location in the Kingdom of Corona. Head through the cave and follow the path on the right until you reach the orb. It’s only one star of difficulty, so it shouldn’t be too hard. Once you’re done, you’ll get an Aero Cufflink and secret report #7. 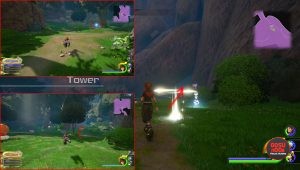 Go to the service area of the Door Vault (the seventh fast travel point) and head outside to the power plant. Once out, follow the path until you reach the silo. The battle portal will be in the middle of the silo. The difficulty is one star, and the rewards include an Illusory Crystal and secret report #8. 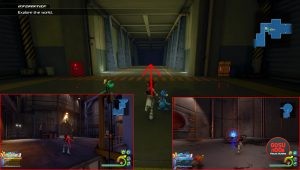 To get to this battlegate, you’ll need to teleport to the Gorge spawn point (the third one). Use the portal to get to the Ice Labyrinth, then use the elevator behind it to descend to the middle tier. Follow the path upward until you reach the big chamber with the orb. It has two stars, and it’ll reward you with an Evanescent Crystal and secret report #9. 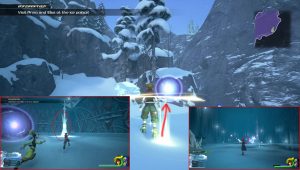 Spawn at the Huddled Isles, the first fast travel point in the Caribbean. Turn towards the ship and take flight, keeping the island on your right. Keep flying until you see a cave. Enter it, and the battlegate will be there, next to a boarded-up passage. Be ready for a one-star battle that will rewards you with Water Cufflink and secret report #10. 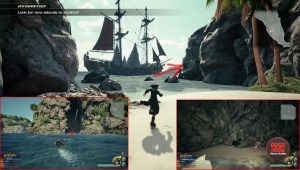 To get to the 11th battle portal, you’ll need to go to San Fransokyo, to the North District during the day (fourth spawn point). Once there, climb up to the building to your northwest and use it to get onto the rails. Ride them west and you’ll find the orb at the entrance to a tunnel at the edge of the map. The difficulty level is two stars, but it’s worth it. You’ll end up with a Ying-Yang Cufflink (boosts strength, magic and AP) and secret report #11. 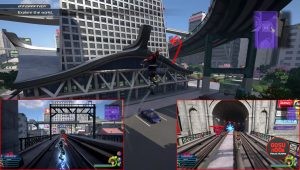 Go to the same spawn point as for the last one (fourth in SF), but this time, you’ll want to climb the building to the southwest. Go all the way to the top, and the orb will be waiting for you on the helipad. When you’re done with the one-star challenge, you’ll receive a Blizzard Cufflink and secret report #12. 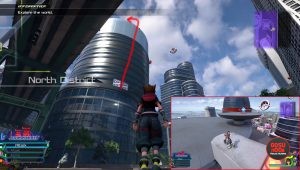 Spawn in the Badlands, the first fast travel point of the area. Turn around and head south, outside the cave. As soon as you leave, you’ll see the battle portal. The challenge has a difficulty of two stars, and will let you have a Celestriad and secret report #13. 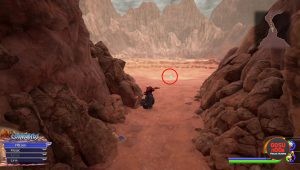 The last one is also in the Badlands. Spawn at the first fast travel point and head north, straight out the cave. You’ll see it as soon as you’re out. It’s the only challenge with a three-star difficulty, and it involves defeating the Dark Inferno secret boss. When you do, you’ll get the Crystal Regalia, an accessory that gives big bonuses to all your stats, and a new selfie pose. 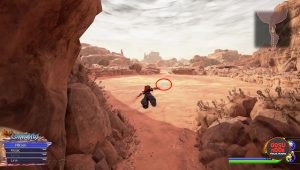