The Lost Ark beta is well under way. The game is set to release in March 2022, and so far, players that have tried it out are generally positive about the game and its action RPG and MMORPG blend. While there have been some minor issues with, for example, duplicated beta keys, on the whole, the beta testing is going well and without any major hitches. Though, since it is the beta and all, you may want to have more information about the game, including how high (or low) your FPS and Ping are. In this Lost Ark How to See FPS and Ping guide, we will explain how you can see both your FPS and Ping while playing Lost Ark. 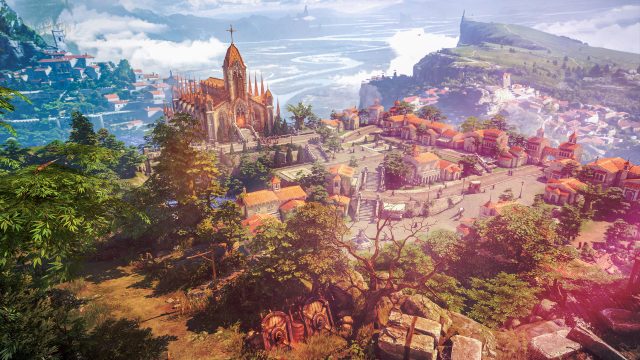 How to See Ping in Lost Ark

To be able to see your Ping in-game, go to your Main game settings. You open up this menu by pressing Escape (this is the default key binding for this, you may have altered it to something else). Next, go to Gameplay and then Control and Display. In here, there is the Show Network Latency option. This is the option that you want to turn on. Select the “Always Show” and it will show in the game all the time. You can see it in the lower left corner of the screen.

How to See FPS in Lost Ark

As of now, there is no in-game option that lets you see your FPS in Lost Ark. This option may be added in time for the full release, but in the meantime, there are ways that you can get around this. Since the game is played through Steam, the easiest method is to use the Steam Overlay. To do this, press Shift + Tab while in Lost Ark. This will open up the Steam Overlay. Go to the In-Game tab and here you can turn on the “In-Game FPS Counter”. You can choose which corner of the screen you would like it placed, so select whichever one you prefer.

This is by far the easiest solution to this, but there are other FPS counters that you can use as well. If you have an nVidia graphics card, you can enable the FPS counter via the Geforce Experience app. In the menu for this app, go to settings, find the in-game overlay, make sure it is turned on, and go into the settings there as well. In here, go to HUD Layout, select the FPS counter, turn it on and select the position on the screen where you would like it placed (basically the same as with the Steam Overlay).