Mafia 3 is the newest sequel to the open world action series that concentrates on building a criminal empire. It’s going to be set in a fictional version of late sixties New Orleans, with cars, music and clothing from that period. It’s going to be released in early October – here’s all the info we have on it. 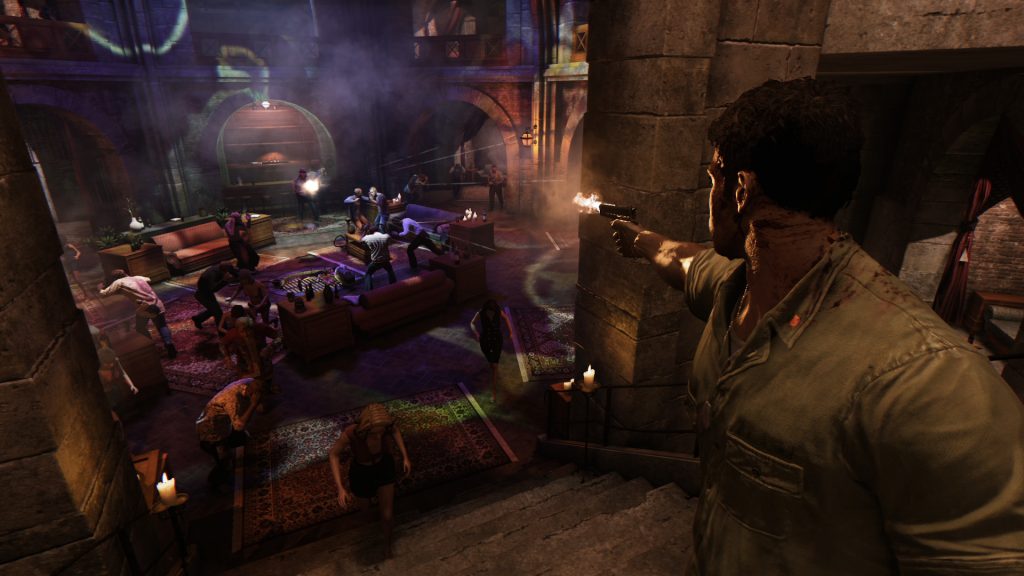 In Mafia 3, you’ll take on the role of Lincoln Cray, Vietnam war veteran and a member of a certain mob group in New Bordeux. After their group starts gaining a foothold in the city, the Italian mafia decides to wipe them out. Lincoln miraculously survives the attack and pledges to take down the don, Sal Marcano, and take over the city.

You’ll get help from three other disenfranchised criminals:

The game will play out in a familiar way – you’ll finish missions in order to conquer parts of the city, progressing slowly through the story. You’ll also murder a bunch of people and drive fancy cars while listening to radio hits from the period.

In order to capture a part of the city, you’ll have to kill the underboss that controls it. But to even get to him, you’ll have to disrupt his operations first. This is done by killing lieutenants, destroying weapon and drug caches, stealing money from the mob and more. These activities are like mini-missions.


Once you’ve captured the area you’re interested in, you’ll have to hand control over to one of your three associates. Each one will give you different bonuses, which will ease your life in a number of ways. According to rumors, Vito’s bonuses will affect weapons, Burke will offer NPCs to help, while Cassandra’s traits will help you play stealthily. On the other hand, if you’re unfair in dividing up the city, they might feel wronged. We don’t know how they’ll react to this in terms of gameplay, but we’ve seen Burke throw a fit after getting the short end several times.

While we expect most people will just raze the city and the mafia that controls it with their own two hands, there are other options. From what we’ve seen in the trailers, stealth seems like it’s going to be completely viable – sneaking around and murdering only when you have to is an option. You’ll be able to switch between lethal and non-lethal takedowns in the menu. You will also have the option to call in reinforcements – if you play your cards right, lackeys of your associates will run to your help, shooting and getting shot instead of you.

Driving around taking in the scenery of painstakingly recreated cities of the past was always one of the bigger strengths of Mafia games. The third one is no exception. You’ll have dozens of car models at your disposal, from sedans, to station wagons and muscle cars. There will also be several types of boats in the game. Stealing won’t be the only way to get a vehicle – you’ll be able to call your subordinates and have them deliver any car you already own.

From what we’ve seen, the fuel meter won’t be making a comeback, which has some players up in arms. It may be that the developers are just hiding the fact it’s there, but we won’t really miss it if it’s not. If you want to take a look at some of the models starring in Mafia 3, make sure you check out our Mafia 3 Cars & Vehicles list.

Aside from the notorious Playboy Magazines you remember from the previous games, there will be five more types of collectibles – mostly magazines and posters. If you have trouble hunting them down, all you have to do is find a Junction Box and interact with it. It will mark all nearby points of interest on your map.

The city will be divided into nine districts. Each district will haven unique architecture and landscape, from a high-end residential area, to the moonshine distilleries in the Bayou. Each of them will be populated with characteristic activities as well – for example, the missions in the French Ward will revolve around prostitution (that’s where the brothels are), while the Bayou stuff will revolve around illegally made alcohol beverages. The developers call this “criminal ecology”. It’s worth noting you can use the crocodiles in the swamp to dispose of corpses.

People will treat you differently in different neighborhoods, as well. The map will be stuffed with opportunities to make money, earn respect, murder indiscriminately, collect vehicles and weapons, and of course, find hidden collectibles. Every activity you take on will move you closer to the end goal – ruling the city. If you want to know more about different districts, check out our New Bordeaux Map guide.

Mafia 3 is going to launch on October 7th, on PC, Playstation 4 and Xbox One. If you preorder it, you’ll receive the Family Kick-Back Pack, which contains three exclusive weapons and three vehicles.