EA and Bioware have revealed the date when they’ll air the first piece of actual gameplay footage from Mass Effect Andromeda, their upcoming star-bound RPG. It’s going to happen during a particularly dubious game awards show near the end of the year. 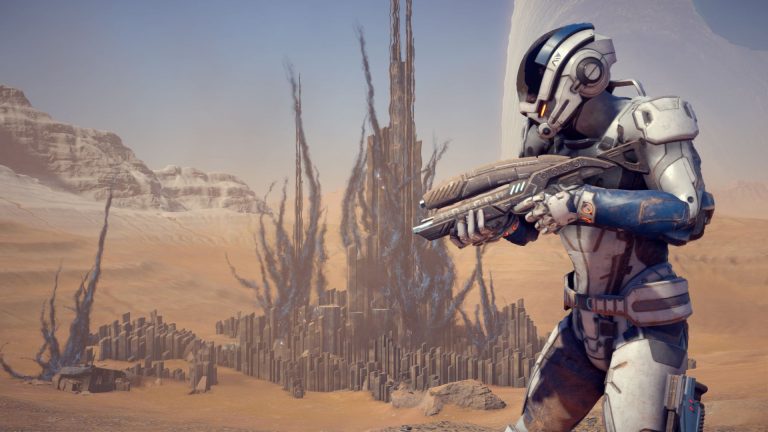 The unveiling will happen during the daftly-named The Game Awards 2016. It’s the successor to the equally dubious Spike Game Awards, and it’s going to take place on December 1st. The trailer might appear on Bioware/EA official channels, but it also might materialize on the show’s own Youtube channel first. Keep an eye on all three, just in case.

It might be a bit confusing, as we’ve already seen some trailers for the game. Since they were all a mix of pre-rendered video and in-engine footage, they aren’t really considered gameplay footage. There was no shooting, no dialogues, nothing that really defines a Mass Effect game mechanically. That should all change come December 1st.

This was revealed in the final few second of a new trailer, published as part of the annual N7 Day celebration.

Mass Effect Andromeda is going to be released during the Spring of 2017. Since there’s not an exact date yet, it might still be moved further into the year. It’s going to launch on PC, Playstation 4 and Xbox One. There’s no word on support for between-gen consoles, or virtual reality, but it shouldn’t come as a surprise if it’s announced.

If you were a fan of the previous games, you might be interested that ME: Andromeda multiplayer will be similar to what we had before, yet different in some crucial ways. If not, you can rest easy knowing that the upcoming game isn’t tied to the previous three in any direct way – it takes place in the same universe, but that’s about it. No previous knowledge necessary.