Andromeda Screenshots on N7 Day of 2016 reveal new Mass Effect in-game scenery. Beside the screenshots behind the pre-order bonuses, there are several more. 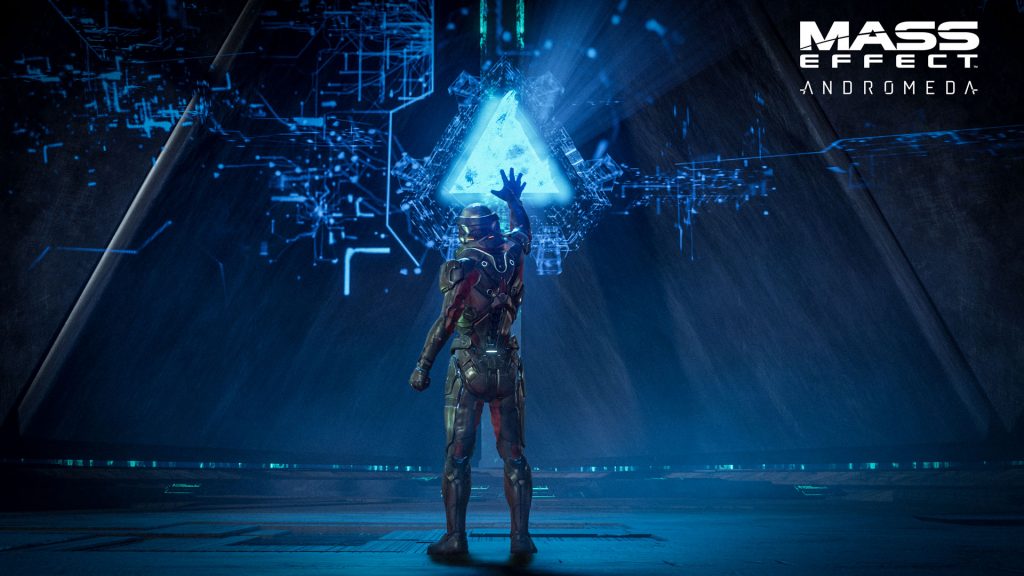 The first set of the screenshots is from the pre-order bonuses. Standard Edition shows the picture of a N7 special force member. On his helmet you can notice what appears to be a universe or a nearby planet reflection. The soldier carries a rifle with a scope, making him suitable for long range combat. 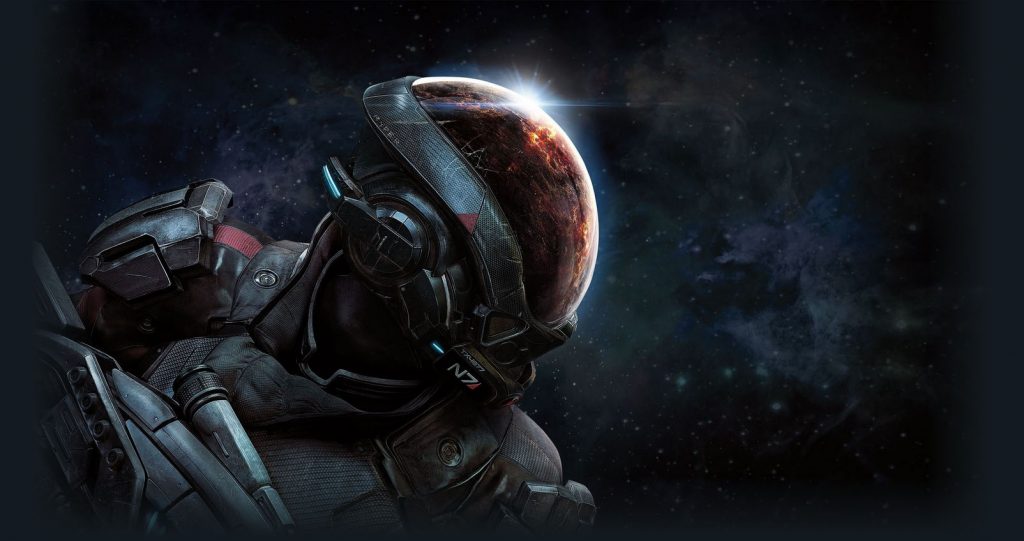 Deluxe Edition is one of my favorite ones. We can see the soldier with the rifle on his back. It is notable that he uses the omni blade type of power tool. He can’t be responsible for the destruction of the space ship in the distance. Or can he? He also stands on what appears to be an alien strucutre, on an empty, desolate planet, rock… 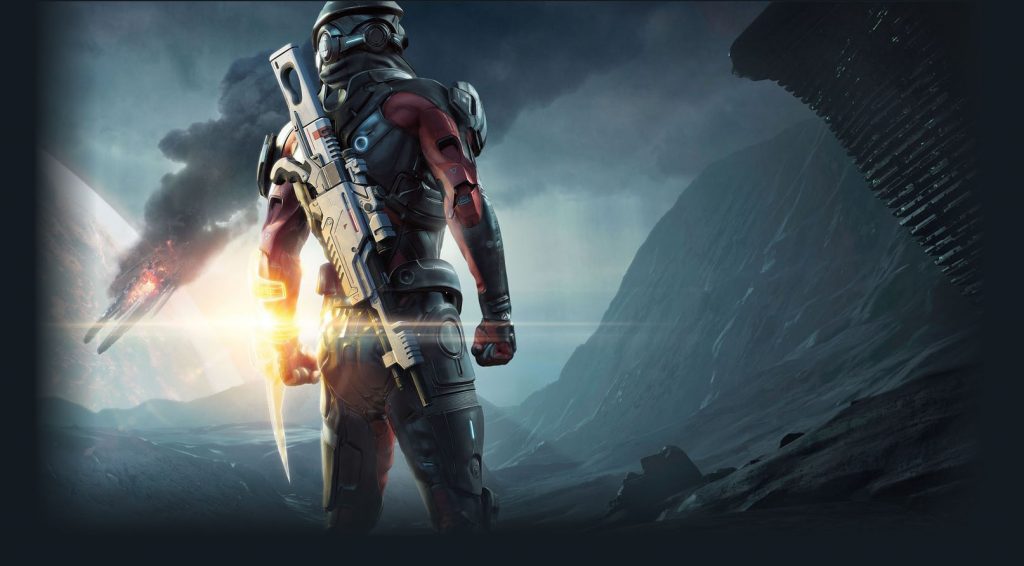 Super Deluxe Edition reveals the most of the soldier’s uniform. He feels like he is into melee combat. As if he is about to use his power weapon, while caring a gun. The bright light behind him might indicate that he is in midair, as it reflects the back booster outburst. 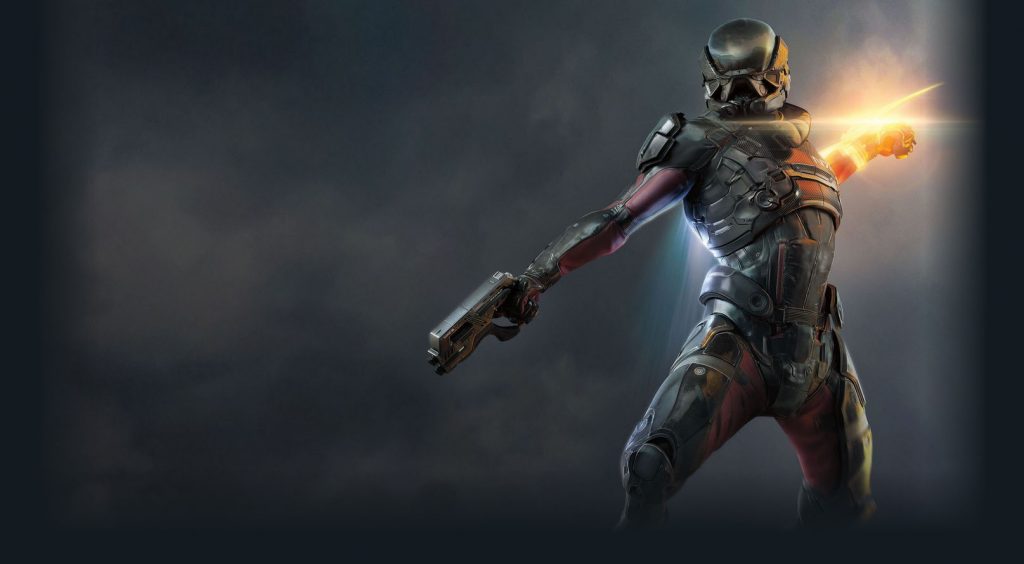 To check out all bonuses you can get with the pre-order versions of the game visit our Mass Effect Andromeda Editions & Preorder Bonuses page.

The next set of pictures is found in the Origin’s game screenshots and videos folder. Next to these pictures, you can find the newest trailer as well. Only one out of four shows how daylight looks on this planet. The soldier is in full focus, while in the background we can see the anomaly in the deserted sand area. 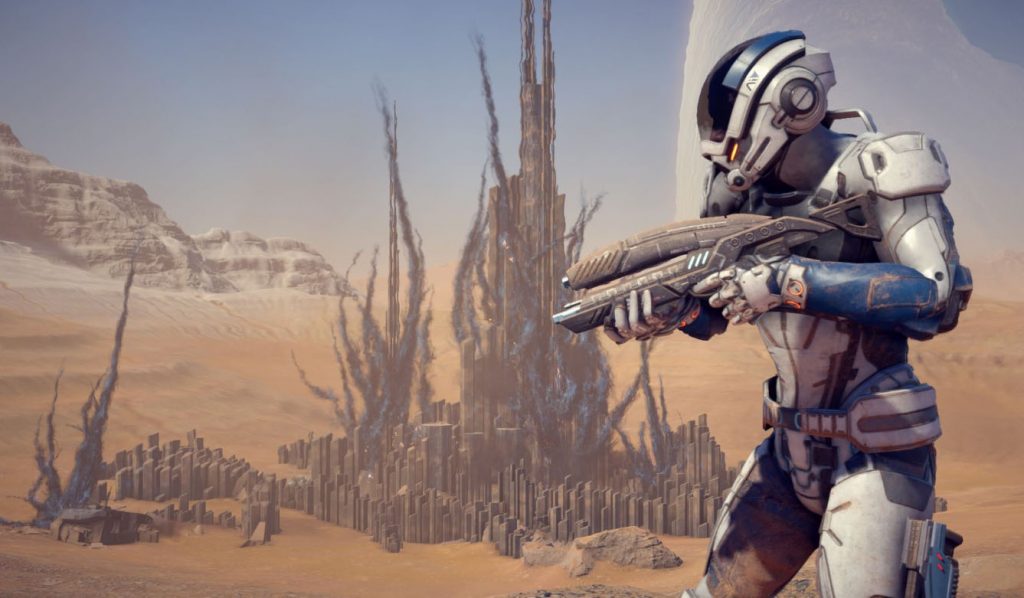 The next picture is where we see the combat. The fight takes place in what appears to be some sort of alien factory. The soldier on this screenshot does not have very good aim. I haven’t played this game, have I? 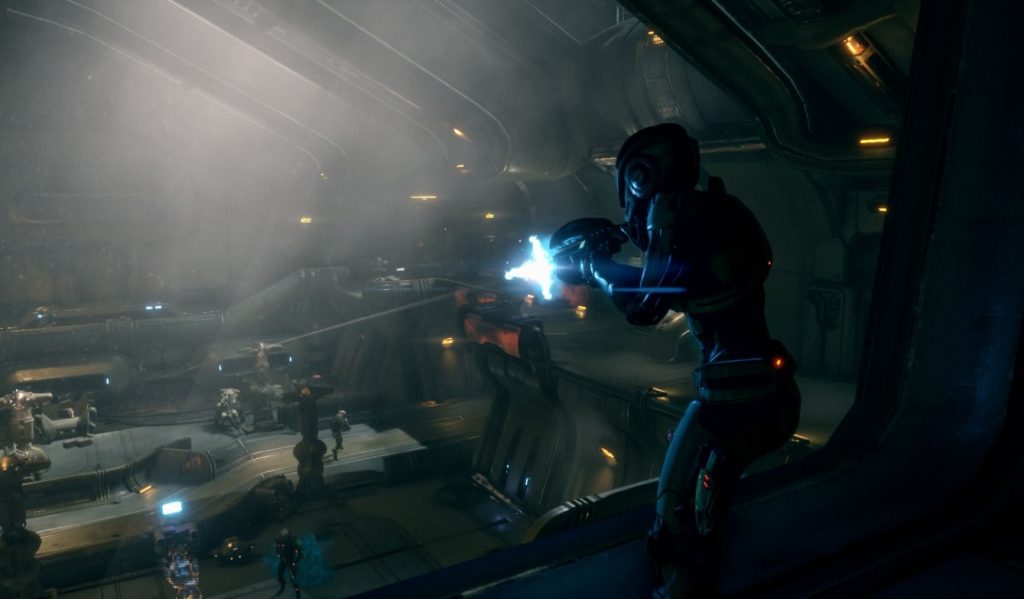 On the next one, we can see what is most likely the shape of an alien facility. It is a round, spherical-shaped dome, with some sort of power protecting its transparent wall. Close to the soldier on the left are tire marks in the snow. Most likely of a Nomad ND1 ground vehicle. You can buy a 1:13 replica of this vehicle for the price of 200$. 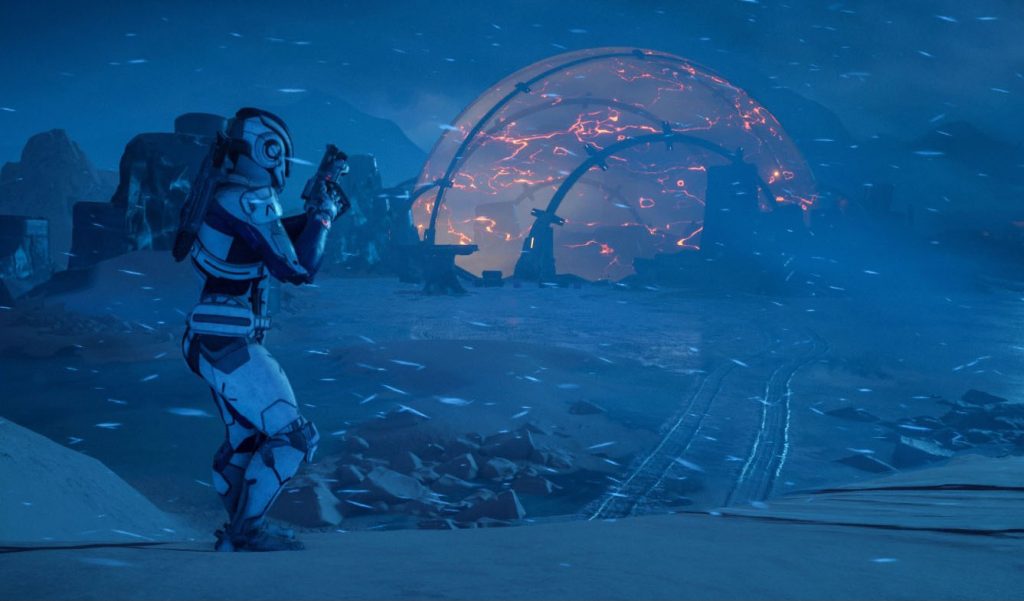 The last picture shows how harsh the planet’s environment can be. Left of the soldier, we can see a red bright light. Since the soldier’s weapon is not drawn, we can guess it is some sort of non-alien beacon. 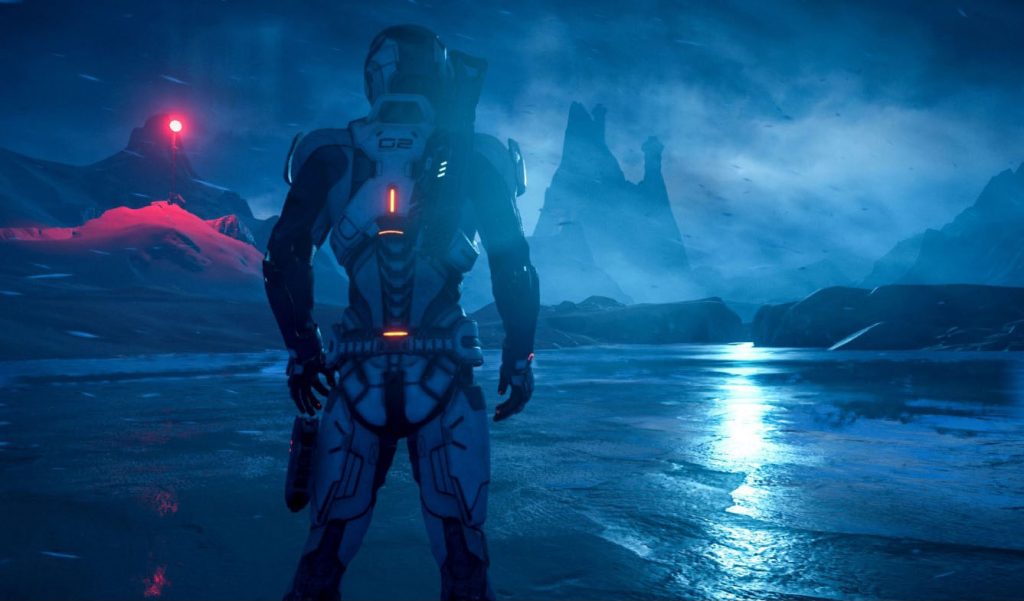 If after all you still want more, check out the high definition N7 day trailer and take the additional screenshots.