D-Dog is the wild dog companion in Metal Gear Solid V: The Phantom Pain. He is a useful buddy that can help you out during missions, especially if you want to take the stealthy approach. In this guide, we’re going to tell you all about D-Dog – how to get him, what he can do and how to best use him in the field. 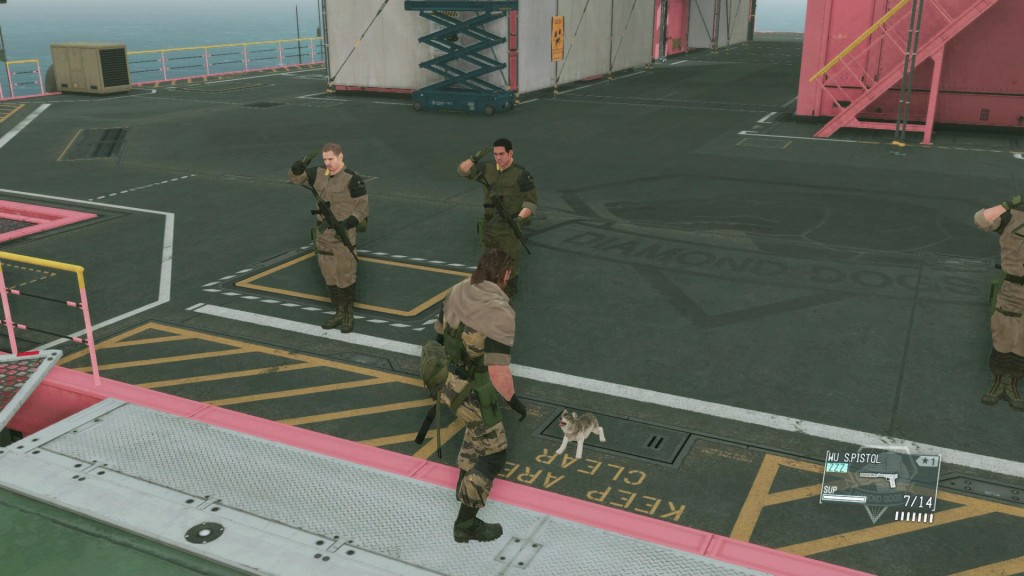 Where To Find D-Dog

In the southernmost part of Afghanistan map you’ll find D-Dog near a tree, just north of Spugmay Keep. If you miss him, Ocelot will contact you and tell you about a puppy. Use the Fulton device on him, and send him to Mother Base.

You’ll find D-Dog as an abandoned puppy by the side of the road, and take him with you. When you come back to Mother Base after that, he’ll greet you excitedly, and Ocelot will tell you you can keep him and train him to become one of the Diamond Dogs.

When he grows up, you’ll notice he has an eye patch, just like Big Boss. This isn’t just cosmetic – if you look closely enough at him while he’s a puppy, you’ll see he’s missing an eye.

Once he’s at the base, DD will greet you every time you come back. You’ll have to wait until he grows up to be able to take him on missions. You don’t have to do anything for him to mature, just be patient. There will be several cinematics during his growing up, and sometime after mission 10, when you decide to leave the base, a cinematic will start in which a grown-up DD jumps into the chopper. After that, you’ll be able to use him as a buddy.

When you approach an enemy camp, DD will automatically start marking people (both hostile and friendly) in a certain radius, even if they’re out of sight. He’ll also mark wild animals and plants in the desert, helping you collect resources and fill up your zoo.

Here a list of commands you can give out to him (some of them are not available until you raise the bond level):