Buddies are special comrades that can follow you into battle in Metal Gear Solid 5: The Phantom Pain. There’s a handful to choose from, and each of them has their own unique abilities. Deciding who to take on which mission will depend on what you need help with in the field of battle. In this guide, we’re going to show you every MGSV: The Phantom Pain buddy, what they do and how best to use them.

Quiet is a mute sniper with supernatural powers. You find her on one of your missions, when a shared interest leads to a joint escape from a bad situation. Even though Miller was against keeping her at Mother Base, Big Boss decided to trust her… for the time being. 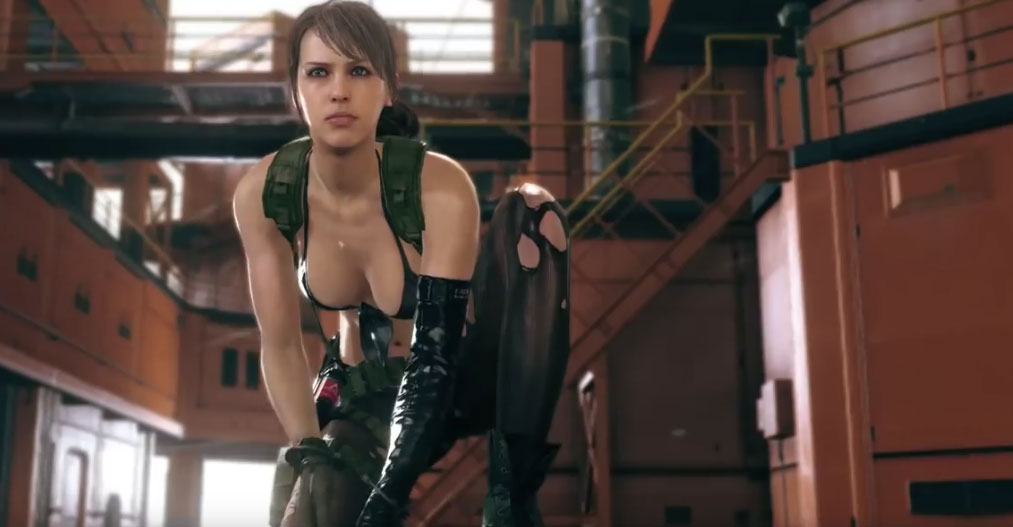 Quiet can turn invisible and moves very fast. In the field, you can tell her to scout an area, so she marks a handful of enemies. You can send her to designated sniper spots, from which she can shoot at appropriate times.

You can order her to shoot people, provide covering fire, or shoot at grenades you throw. The latter allows you to lob grenades into difficult places, and they explode on impact. She can also shoot helmets off armored enemies, allowing you to headshot them.

D-Dog is a wolf cub you pick up in a forest after his mother is killed by poachers. You might try to ignore him, but he’s persistent – he’ll follow you around, whining just loudly enough that you can’t sneak about with him by your side.

Once he’s all grown up, he becomes a valuable asset. He has a search mode that marks enemies (and captured friendlies) on the radar without any effort on your part. He can also distract enemy soldiers, so you can use him to break up patrolling pairs and dispatch them silently.

D-Horse is as much a buddy as a means of transportation. He’s a white horse you can ride on while you’re exploring the desert. He’s cheaper to use than motor vehicles, quieter and you can pet him if you want to kill time.

You have the option of hanging from his sides, so you don’t arouse suspicion while passing enemies – effectively sneaking on horseback. He’ll take a dump when you tell him to, and any car driving over his poop is in for a nasty surprise. A vehicle that passes through will spin and stop, while everyone inside is going to pass out. Not only will enemies be disabled, but you’ll be able to fulton them for the price of one balloon.

D-Walker is a robot/vehicle hybrid made by Huey. You can outfit him for combat or stealth. He’s noisy while walking, but he has tiny wheels he uses to move silently. If you equip him with weapons, he can be used like a light tank, his chassis providing protection while his weapons are of a larger caliber than most stuff you can carry.

He can use his radar to mark out-of-sight enemies on your map. In combat, he can pick-up people and beat them up with his robot-hands. This conveniently ignores any armor they might be wearing (shields, helmets, body armor).