Interpreters are soldiers with advanced language skills in Metal Gear Solid 5: The Phantom Pain. Having them on your team means you can interrogate enemies and have them instantly translate.
▼Article Continues Below▼
Enemies rarely speak English, so having interpreters is essential. In this guide, we’re going to show you the interpreter locations in MGSV: The Phantom Pain. 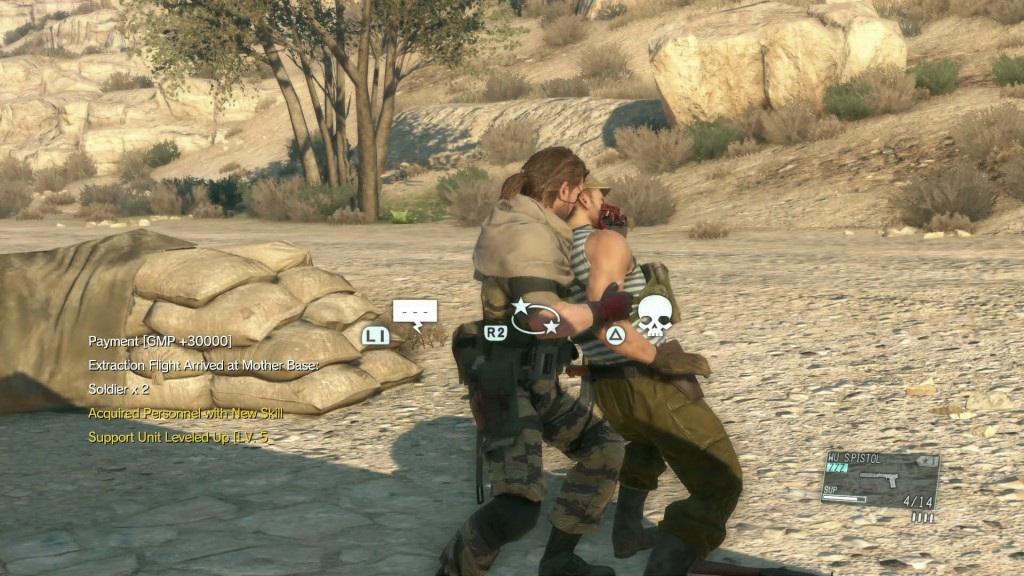 Since the game takes place mostly in Afghanistan under Soviet occupation, having a Russian interpreter will be imperative. After you finish the first few missions, the game will offer you a Side Op for extracting the interpreter. If you don’t wish to wait, you may want to take a look at Lamar Khaate Palace, or the outpost northeast of Spugmay Keep. Knock him out (or use tranquilizer), then use the Fulton Device to get him to Mother Base.

Afrikaans is the dominant language among soldiers in Angola, the other country the game takes place in. You’ll have the chance to snatch an Afrikaans Interpreter during Mission 14: Lingua Franca. If you fail to do so, there’s another one, near Bampeve Plantation. He’s hiding in a hut to the south-west. The method is the same as before – make sure he’s unconscious, then Fulton him to your HQ.

Kikongo is another language used in Angola. It’s far less popular than Afrikaans, but you’ll need an interpreter nontheless. There’s one being held prisoner at an outpost north of Munoko ya Nioka Station. He’s inside, so you’ll have to carry him out before you can use the Fulton device on him.

As there are so many languages in the game (Estonian, German, Ukrainian, etc), and it takes place on two continents, there might be interpreters for other languages too. If we find them, we’ll add their locations to this here guide.