NBA 2K17 launched worldwide a couple of hours ago, but some of us haven’t been able to start playing yet. A lot of players are reporting that on their PS4 systems they have a Copying Game screen that takes forever to finish. People are getting stuck at various percentages and it is taking forever for the percentage counter to move by one.


If you are one of the unlucky ones having this issue prevent you from playing the game, you are not alone. The game is about 59GB and even if you pre-downloaded it it seems to be re-downloading a lot of content. There also seems to be a day 1 patch being added to the process. . Seems their support system is also “experiencing a high volume of tickets, which means reply times may be longer than initially expected.”.

Update: 2K support gave us the following info and I guess we should all be patient since the game is huge:

It should be noted that the download speeds are expected to be slower in this immediate post-release time frame due to the incredibly high volume of traffic and downloads currently using the 2K servers.

However, that isn’t the only thing that can affect the speeds. There are things you could do that may significantly expedite the process. Putting your PS4 in rest mode will divert all of it’s attention towards your download. You could also connect your PS4 directly to your modem for a higher, more consistent download speed.

For now the only thing you can do is wait it out. Some users report only a 2GB patch is being downloaded for them, while others have 51GB downloads being done. We have a good internet connection (100MBit download speed) and the patch seems to be going like we have a 1MB connection – so it is not up to your internet speed, it is most likely that 2K servers are just overloaded at this point and their bandwidth is spent from all the players trying to play the game ASAP. 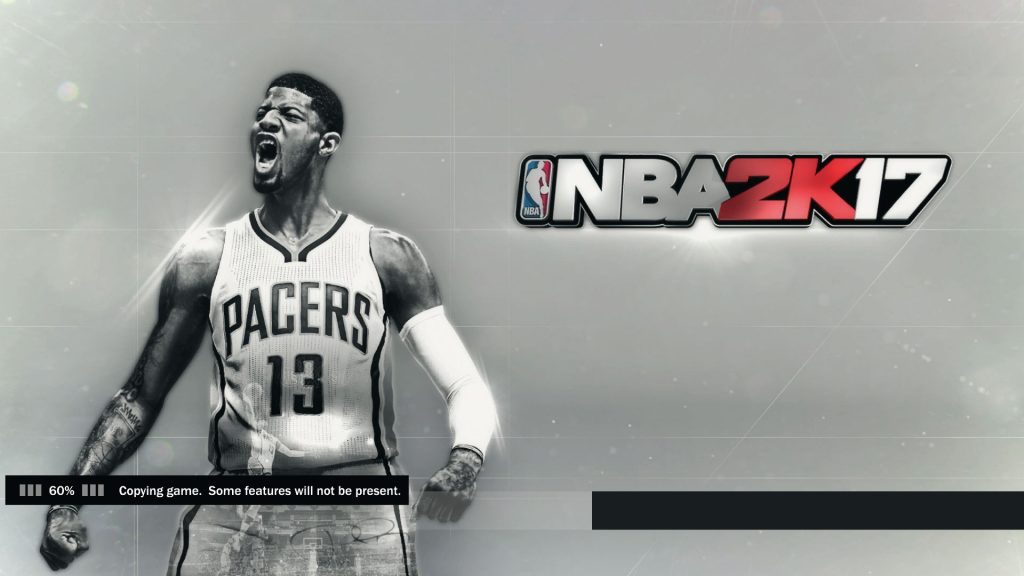 We’ll keep you updated with any new information we come across about the Copying game problem during NBA2K17 installation.