NBA 2K17 Orange Juice is a system that allows you to control both your player and Justice Young. As your relationship with Justice develops, you’ll get more and more options during the game. You can either work together with him, or leave him behind and pursue your own dreams. At first, you won’t be able to control him directly, instead only giving him directions. There’s a special set of controls for this. In this guide, we’re going to show you dual player controls in NBA 2K17 Orange Juice.

When you play well together, you’ll get to control both characters. To make really good use of your duo, you’ll be able to yell at Justice and make him do stuff. Here are your options:

The dual player option won’t be available from the start – you’ll have to earn it. Become best buddies with Justice, and you’ll gradually get more use out of him in the court. This is the first time you get the chance to control a duo in an NBA game – beforehand you could only control teams or a single player. It’s going to be exciting to see how well this new mode works out. Of course, if you don’t like it, you can just ignore Justice and play by yourself. 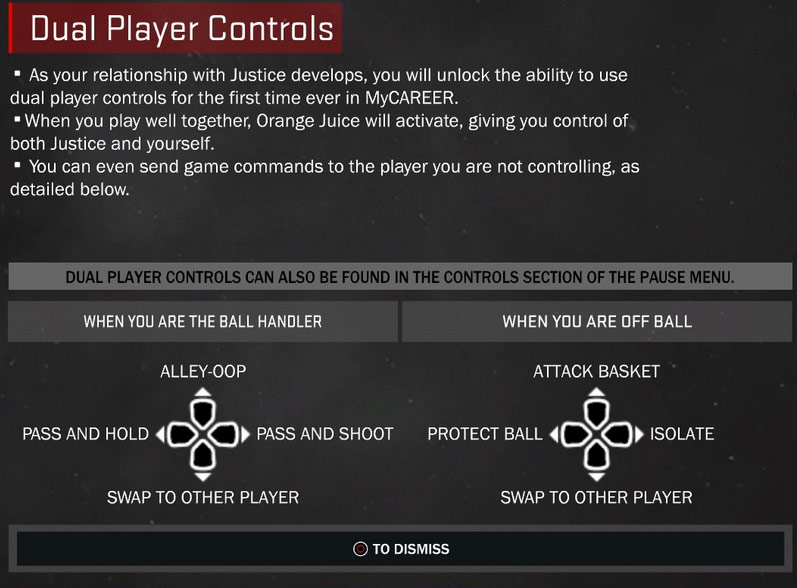 NEXT POSTHow to Get A+ in Every NBA 2K17 Game