Dreams is basically a lite game engine promoted as a game. It is made by Media Molecule, the people that brought us fantastic Little Big Planet games. You can get it for the PS4 and the game is still in Early Access state. We’ve seen some really cool creations made in Dreams; there are multiplayer shooters, wacky racing games, cute platformers, and tricky puzzles games. You can also create music, characters, and other assets and share them so other people can use them in their creations. Most creations made in Dreams are either low poly minigames with original gameplay or copies or famous titles. The most recent one, however, shows what Dreams is really capable of. Full Beech Breakfast by John Beech, Senior Designer at Media Molecule, is a hyper-realistic render of a classic British breakfast. 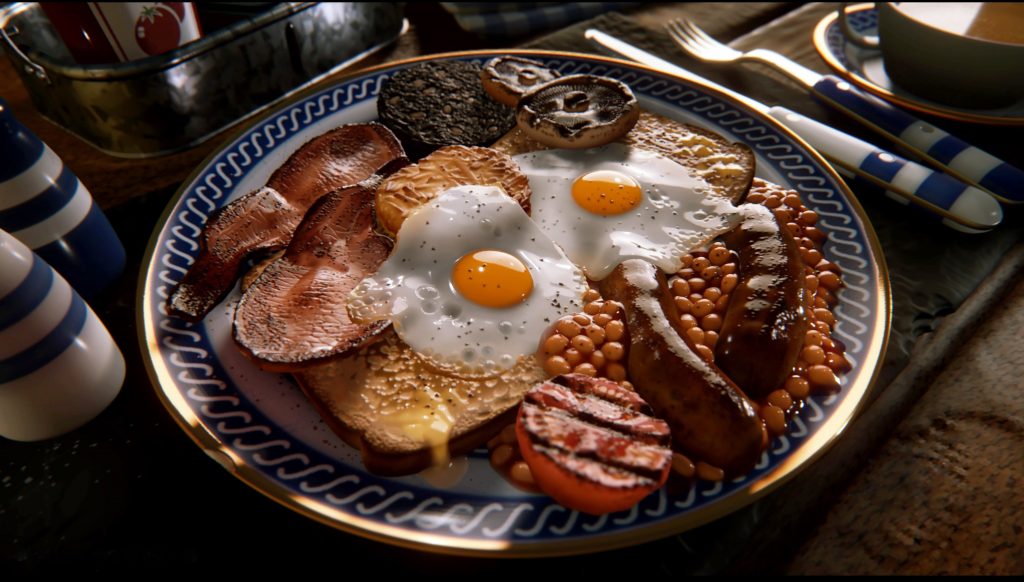 If you look just at the image, it’s really hard to notice this is a real-time render at first sight. Everything looks lifelike, like a prerendered scene that was baked on some NASA PC for hours. But then, you realize that there’s a video of the scene showing it actually runs in Dreams in real-time. On a PS4, with hardware from 2013. In real-time. Wow.

Just look at those details. Eggs look so juicy and tasty. You can almost feel the taste of the bacon and reflections on eggs and beans are more real than in the real world. The grease on sausages blends with beans. And butter dripping from toast looks buttery smooth. If you watch the video more details emerge, even though the video is rather grainy (Twitter video quality isn’t something to boast about). The scene looks hyper-real until the Imp appears and breaks the magic. You can get the Full Beech Breakfast and play with it here. You’ll get hungry a couple of minutes after launching the scene but oh well.

PREVIOUS POSTTake a Look at the Canned Portal Prequel, Called F-Stop, in the Upcoming YouTube Series