The Headliner Spotlight update for FUSER has been released. Developed by Harmonix, the famed game studio behind the legendary Guitar Hero, FUSER is a rhythm game in which you take on the role of a DJ at a large concert. With the free Headliner Spotlight update, players will be able to headline on the new Diamond Stage. Here, they can perform live for more than 250 friends and fans alike. You can watch the newest trailer here. 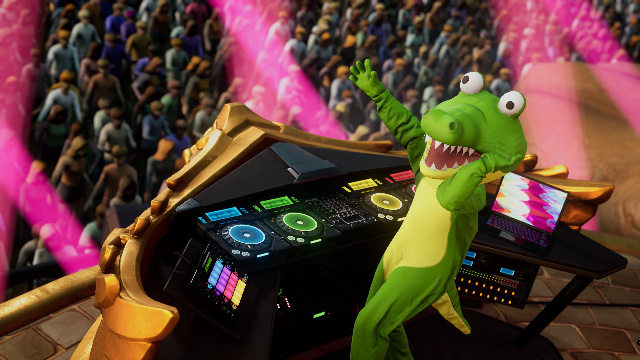 Headline The Diamond Stage in FUSER

The Diamond Stage is the biggest addition to hit FUSER in this update. Players can perform live in front of hundreds of other FUSER players. Beginning this week, viewers can watch the new Diamond Stage in-game and on the new FUSER Twitch channel.

The XP economy and currency system have also been changed. The newly-introduced Diamond Shop provides players more options to earn and spend their in-game currency. You can now purchase customizable items for your DJ, as well as new tracks. There are several ways to earn Diamonds. You can participate in events – either by playing or by voting – and by playing the single-player campaign, freestyle, and multiplayer modes. Diamonds cannot be purchased using real-money.

The social interface system has also been improved and now there is a better Recommendation Engine that suggests mixes that are more likely to appeal to players. Twitch Drops are fully integrated, and this includes Nintendo Switch players, too.

FUSER is now available at a new, lower price of €39.99 (£34.99) for the Standard Edition and it also has a demo, so you can try it for free. The FUSER Headliner Spotlight update is available on Windows PC, Xbox One, PlayStation 4, and the Nintendo Switch.

As you can see in our FUSER review, we found the game quite fun – if at times punishingly hard – to play, so we’re looking forward to seeing more FUSER content.