If Saints Row co-op is not working and you are receiving the “Your Co-Op Partner Has Disconnected” message, we might have a solution for you. The 2022 Saints Row reboot is now here, and unfortunately, it doesn’t seem that the reboot has lived up to expectations. Nonetheless, that doesn’t mean that you can not enjoy the game with your friends, especially if you didn’t have high expectations in the first place. However, a number of players are currently reporting issues with online play in Saints Row. If your online co-op play is not working in Saints Row 2022, here’s what we know about it. 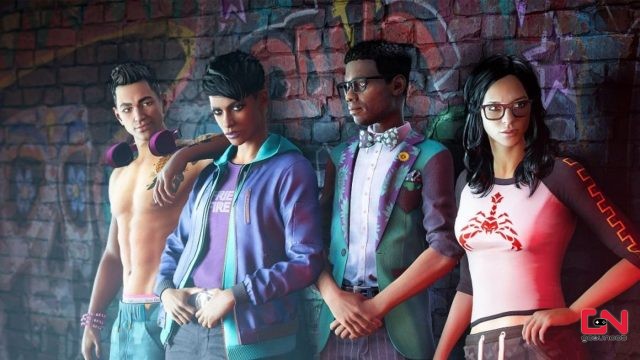 The 2022 Saints Row reboot boasts a two-player drop-in/drop-out co-op, which has a host of great features which allows for a seamless transition between single-player and co-op. This includes free-roaming, progression carryover, completed missions counting for both co-op and singleplayer saves, and so on. However, the first few days following the release, the game is, unfortunately, suffering from numerous bugs, glitches, and unpolished features. These problems didn’t bypass the co-op play either. Namely, the most frustrating bugs that have been plaguing the co-op since launch are connection issues.

Players are reporting that their co-players are constantly being dropped out of the game, which often makes co-op almost unplayable. The Saints Row “Your Co-Op Partner Has Disconnected” message would appear and a guest player would forcefully leave your game. Unfortunately, this seems to be a server-side-related problem, and there’s nothing you can currently do to fix this issue. The servers are simply unstable and co-op games are poorly optimized, which leads to constant disconnections in co-op play.

Nonetheless, you and your gaming partner can still make sure that the issue is not on your side. You should perform basic actions, like checking if your internet connection is working properly and making sure that Saints Rows is whitelisted in your antivirus and firewall apps. Also, you should turn off all unnecessary third-party apps working in the background, as they might interfere with your internet connection.

If the problem persists, try restarting the game a few times. Try restarting the device you are playing on as well. You should also check the Saints Row server status. Ultimately, however, as we already stated, the problem is related to the poor state of the game’s servers. Thus, until developer Volition fixes the issue, the poor connection in Saints Row co-op will remain. With that said, our “Saints Row Your Co-Op Partner Has Disconnected” has ended.

NEXT POSTDestiny 2 Not Receiving Bungie Emails