Atlas Stones are rare and expensive items in No Man’s Sky. They’re pretty hard to find, and if you’ve encountered them, you’re probably wondering whether it’s safe to sell them. This guide will show you where to find Atlas Stones, what to do with them.

What to do with Atlas Stones

Each one is worth quite a lot of money (around 70k each), but it’s unclear at first what makes them so valuable. They’re an end-game item, used to unlock one of the endings. If you want the Atlas ending, make sure you keep 10 Atlas Stones on you. Anything more than that can be sold.

If you’re not interested in this particular ending – sell them all and get rich quickly. They have no other use – if you ignore the ending, they’re just another trade commodity.

When you collect ten stones and travel to an Atlas Interface, you’ll get a new dialogue option. Instead of continuing to support the alien’s cause, you’ll be given the option to birth a new star, using the stones. If you do, a new galaxy will form. If you follow the waypoint to it, you’ll be transported there. This works like a New Game Plus mode – you’ll restart the game in another universe, beginning anew with all your knowledge and upgrades. 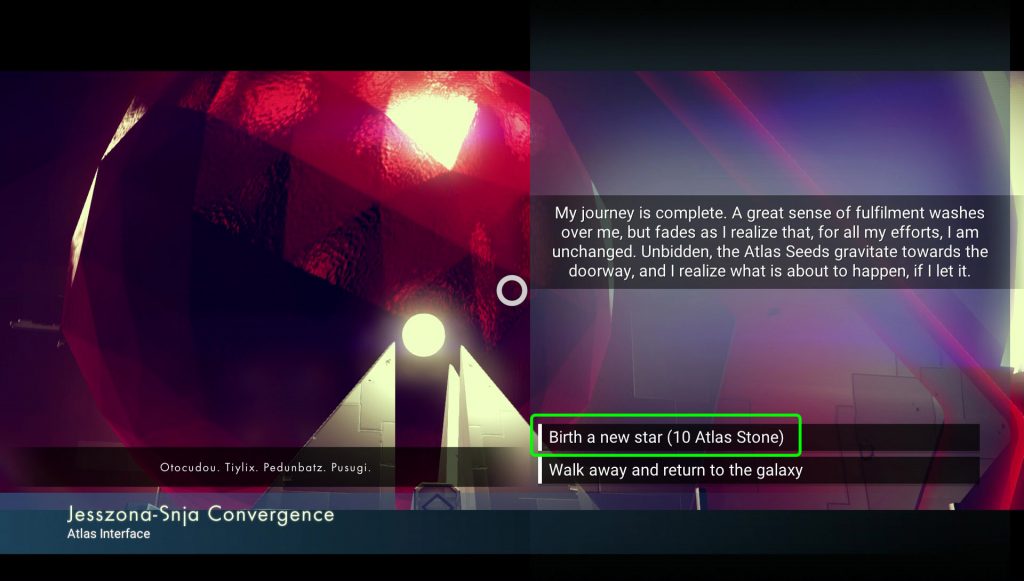 How to get Atlas Stones

You’ll get one stone on each Atlas Interface you visit. After you leave your third star system, a waypoint will be added to your map, leading you towards the first Atlas Station. Use R1 and L1 on the galactic map to switch to a version that shows the way to it (it’s going to be one of the last three). As you explore the galaxy, keep visiting these stations to gather stones. You’ll need a lot of inventory space for this, since the stones don’t stack.

NEXT POSTSignal Scanners – How To Use Them | No Man’s Sky