The Order: 1886 Chapter 5 – Agamemnon Rising takes place inside the airship Agamemnon. In addition to a breathtaking view of London below the airship, this chapter tells important story that has influence on the events that follow.
▼Article Continues Below▼


Chapter 4 takes place on the Fifteenth Day of October, 1886. 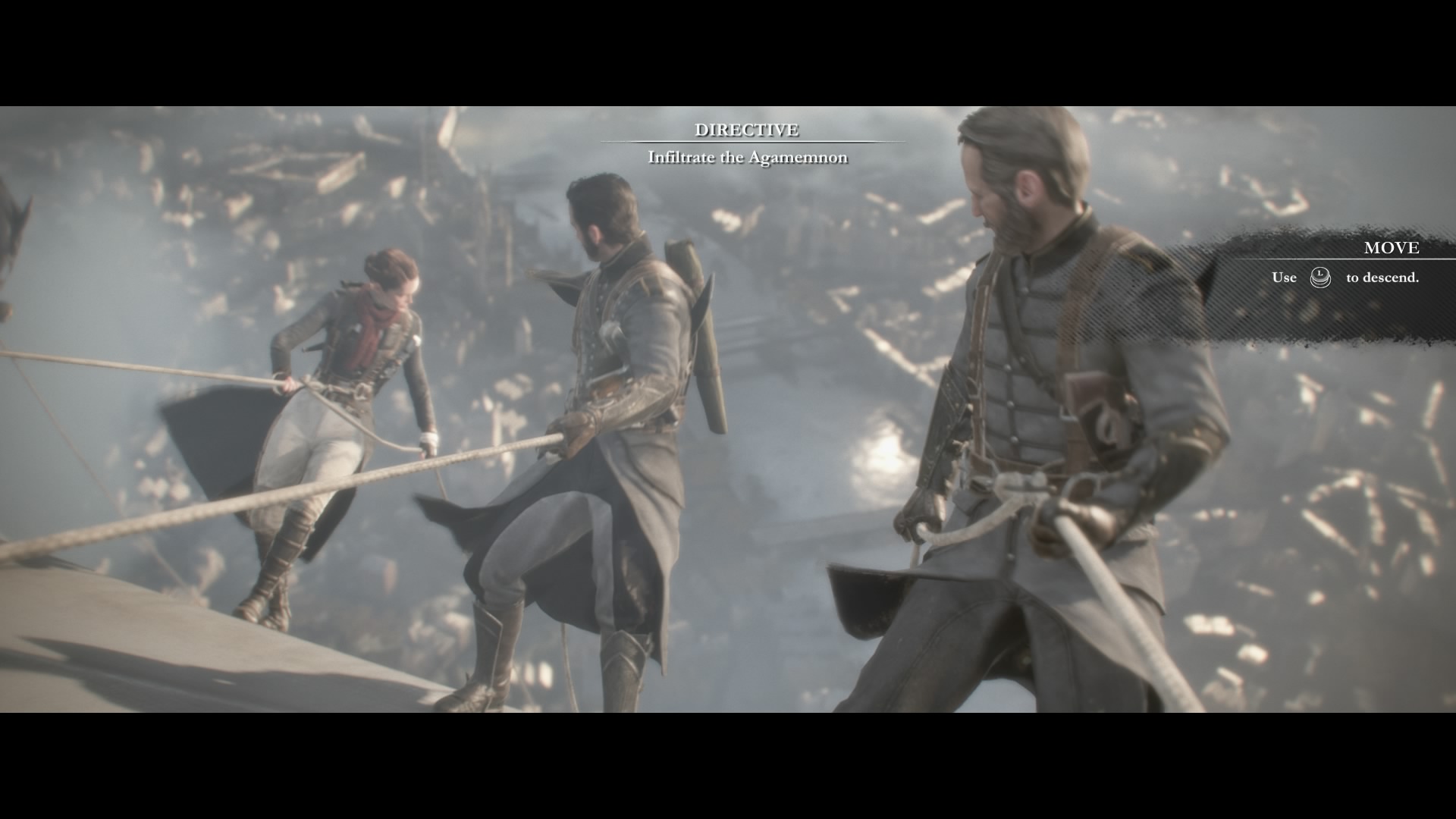 The only thing you have to do is to move the left stick in the direction you want Galahad to go and press X to slide down the rope. Don’t forget to take a screenshot while sliding down, the view is amazing.

Disrupt Power to the magnetic lock

Magnetic lock is inside the red power box, next to the ladder. Once you open the device, disable the magnetic lock. Before you use the nearby ladder collect the Object “metal music box” on the same platform, just across from the power box.

Find a way to the cockpit

You have to sneak up on the guard and stay undetected. Once you kill the guard follow the path straight forward. Don’t worry, there will be no enemies until you reach the pilot cabin. Inside the cabin, when the fight starts, just quickly press down the following controllers to defeat the guards: square > circle > turn the camera toward the nearby fire extinguisher and press triangle.

Once you take control of the ship you have to go to the ballroom. On your way back, before you reach the door with the Stamford lockpick kill the enemy. Once inside you’ll hear two guards talking. Before proceeding further, turn left and make several steps towards the end of the path. In the corner, on the top of a small wooden cart is the Phonograph Cylinder “Agamemnon Christening”.The next area is full of enemies. If you keep to your right you will face only one guard. Kill him and sneak past the others.
Note: If you die before you exit this area you’ll have to collect Phonograph Cylinder once again.In a tight corridor you’ll find two crew cabins. In the cabin on the left side collect the newspaper “United India Company – Latest Acquisition Deemed Pervasive”.

Identify and take out the disguised rebels

You can easily identify disguised rebels by using your sniper rifle scope. After that you have to shoot them down and the fight begins.

Stop the rebels from entering the foyer

You will face several waves of enemies. Take advantage of your position on the upper floor and the sniper in your hand. As soon as you go down the stairs new wave of enemies will run toward you, and one of them will be carrying the shotgun. When you hear them coming, go up the stairs and wait for the one with the shotgun. Take him down because he is the main target. Follow the storyline and you’ll discover what’s behind this mess.

Follow Sir Perceval and you’ll enter the ship security room with the weapons storage room. In the center of the first room you will spot a table and a typewriter on it. Collect the Phonograph Cylinder “Evacuation Procedures” next to the typewriter. The second collectible is inside the weapons storage room. There is a lock on the door and you have to break in. Document “Quartermaster’s Catalogue” is on a table inside the room. Pick one of the sniper rifles, because you’ll need it later.When you reach the kitchen try to hide behind any cover, because the enemies will shoot mostly at you. If you go through a small passage to your right, you will come across several hidden enemies.When Sir Perceval and you split apart, don’t leave the kitchen immediately. Before you leave the kitchen turn right and look up for a collectible “Chefs Bon Voyage” picture on a small wooden cart.Once inside a large dining room you’ll face waves of enemies. Once again look for a guy with a shotgun, since he is your main target. Defeat all of them and go down the stairs. The last two enemies are in the room with green carpers. Since there are only a few places where you can hide, make sure to take them down quickly.