In this guide, we will lead you through chapter 9 of The Order: 1886, called “An Uneasy Alliance”. We’ll also mention (and show) the locations of all the collectible items that can be found during the journey.
▼Article Continues Below▼
The events described happen on the eighteenth day of October, 1886.

After you’ve moved the broken beam, there is a workbench to your right with a Thames Tunnel Flyer. After you’ve pushed the cart out of the way, you should head left, down the dead-end tunnel , to get The Anarchist 16.10.86 phonograph cylinder from a chest. Then you can leave.

Find A Way To The Street

After you’ve switched the tracks by using the lever, you can push the cart across the yard. When the cart stops, go around the platform and you’ll find a Wooden Mallet on a table. Climb the platforms and use them to get to the street. After you get to the gate, a sniper will start shooting at you. 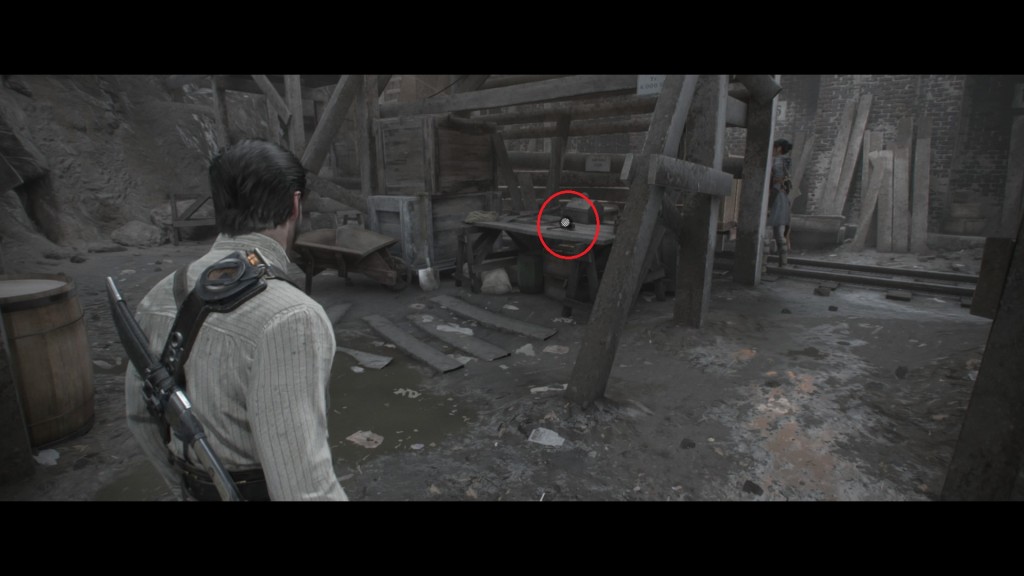 Get To The Sniper

You’ll split up with Lakshmi and go over the rooftops and balconies. The shootout is easy enough to get through safely – just stick to cover, focus on the shotgunners first, and be sure to dodge the thermite clouds. After a bit of work, you’ll end up in the foundry.

Find A Way Out Of The Foundry

On the workbench next to the locked sliding door, there is a photo of Edison At The UIC Building. After you’ve gone around and unlocked the door, you can pick up the Cable From the New Continent phonograph cylinder from the shelf at the bottom of the stairs. As you leave the foundry, don’t follow Lakshmi immediately – instead, go left and look for a table. On it, you’ll see some newspapers with the headline Inspector Slain in Whitechapel Gun Battle.

Get To The Dry Dock

Go down the stairs and to the right. Pick the lock and go to the desk opposite the door. You’ll find the Cargo Inspection Log phonograph cylinder. When you leave the building, you’ll climb onto a ship and get spotted by guards. Keep in mind that while you’re fighting off the ones on the ship with you, you’ll also be taking fire from the dock. Stay in cover as much as possible.

Once the shooting is done, you’ll enter a store room. Under the stairs to the left, there is a table with a Union Flyer on it. If you climb those stairs, you’ll find a photo of UIC Guards on another table.

Search For The Company’s Insignia On The Crates

When you enter the enormous warehouse, look to your right. Next to the red tank, there is a Memo you can inspect. On the other side of the room, there is a table with the Original Light Bulb on it.

After you’ve found the red stamps, Lakshmi will start setting crates on fire.

You’ll fend off a few waves of enemies before you get to a point where you have to stand your ground while Lakshmi starts a few fires. This fight can be a bit tricky – watch out for shotgunners. Stay in cover, and use it to regenerate health. Near the end, a soldier with armor and a mine-launcher will appear on the bridge.

Look out for grenade notifications, and jump from one cover to the next when he launches them at you. Whenever you have the time between dodges, put a couple of bullets in him.

When you’re done fighting the guards, the Lycans will corner you. There will be three of them, but they’ll attack you one at a time. Position yourself so that there’s no more than two directions they could charge at you from. When they get into position and start charging, shoot them a couple of times, then get ready to dodge. After they’re done with the charge, they’ll run away and prepare for another. 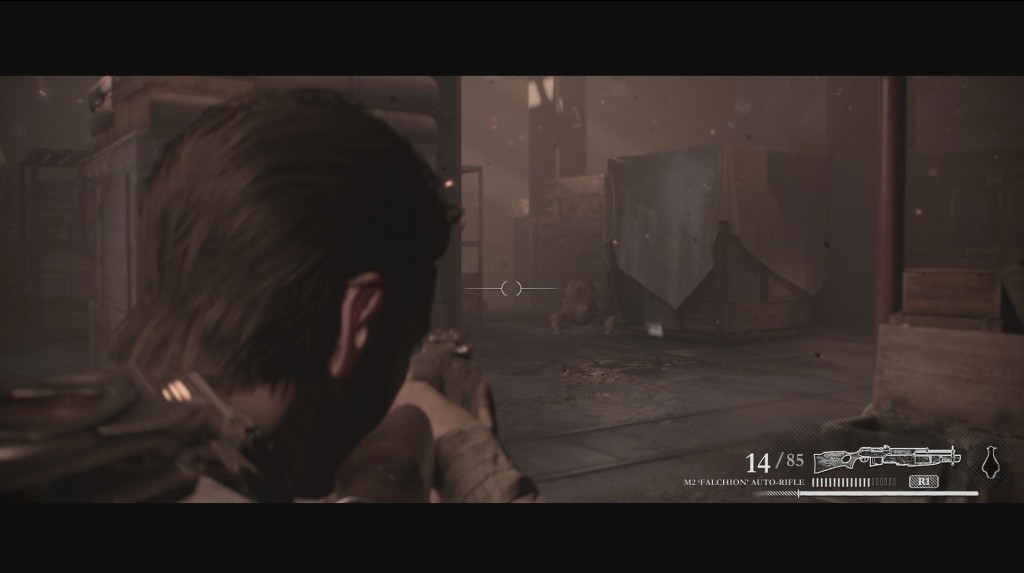 When you’ve shot them enough times, you’ll have to approach them and press Triangle to execute them.