I got my first computer when they were not a common thing. This was a big event and all the neighborhood kids showed up. We all waited for my dad to get the instructions on how to operate the thing over the phone. The highpoint of the whole event was when the first video game got loaded and appeared on the TV screen. That shared excitement of the first home computers becoming available is probably what got me working in this industry in the end.

Fast forward some 30 years and we have the PlayStation VR arriving at the office. Colleagues and family are here, all wanting to see the new marvel of technology. As we hook everything up, calibrate and wait for the first VR game to download, it all resonates with that moment from long ago. The first one of us puts the headset on and boom – the rest of us are watching him cry out in excitement and wonder. You can see that everyone wants to go next and I can’t help but feel like we’ve reached another frontier in home entertainment. 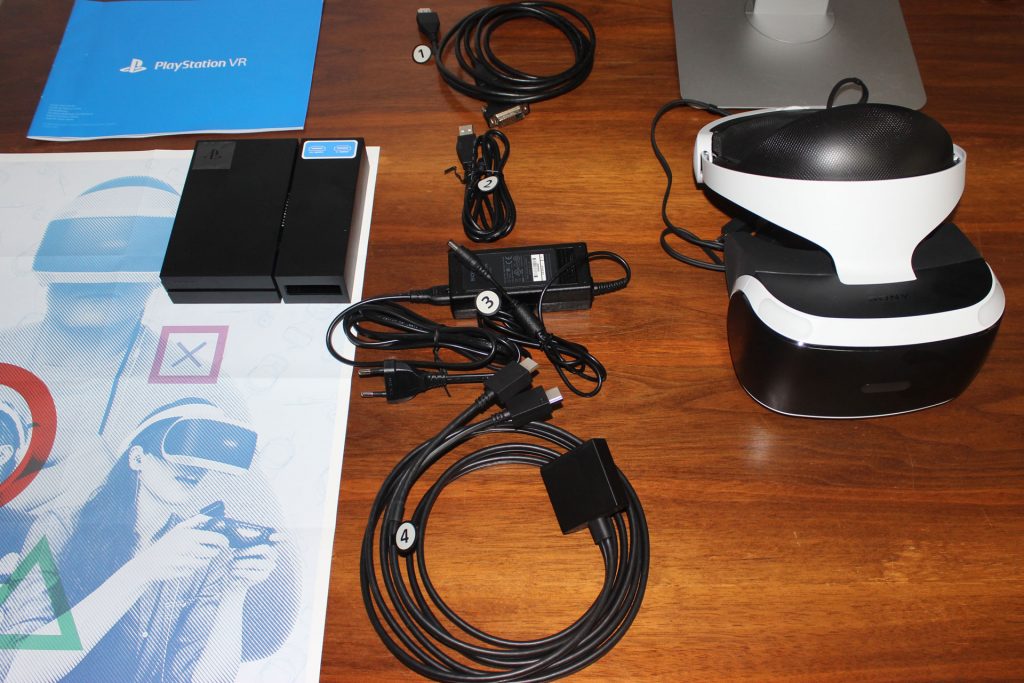 It was supposed to be 3D glasses and TV sets that brought the revolution. Instead, we had to wait another 10 years until we could really experience something out of this world. When you put on the VR headset, you do not have a feeling like it is a gimmick. As soon as the game starts you are transported into another reality. Your view expands (compared to looking at a traditional TV or monitor) and the feeling of depth and space is just indescribable. Yes, you feel like you are in another reality and yes, you do think this is revolutionary. Trying VR for the first time in comparison to watching 3D movies is like comparing flat screen LCD TVs to those old cathode black and white things your grandparents used to own.

Let me digress. The PlayStation VR is not the first piece of hardware to provide you with the virtual reality experience, but it is the cheapest and designed just for your PlayStation 4. You might think that it being the cheapest also makes it of lesser quality, but that is not true. Its technical specs are up to par with the competition and it actually holds its own very well in the ergonomic and design department.

If you get a hold of the launch bundle, it will cost the same as it did buying a new PS4 back in the day. In the launch bundle you’ll also get the PlayStation Camera and PlayStation Move controllers. These add-ons will not be available in later bundles and you will have to purchase the PS camera, because without it, the VR does not work. If you have one from before, it is supported as well. Move controllers are entirely optional (but a great addition). 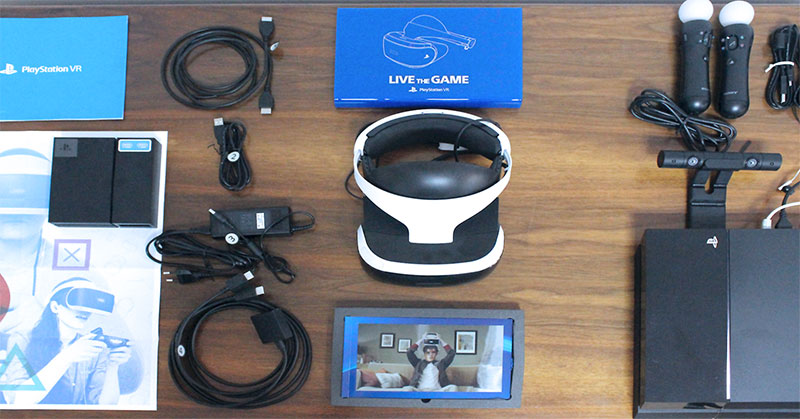 Setting everything up is simple if you follow the provided instructions. A bunch of cables must be hooked up and it shouldn’t take more than 10 minutes to get you set up for the first time. You should also, very carefully, go through the calibration stage, because your PSVR experience will be highly impacted by bad calibration. Make sure the headset sits on your head in such a position that letters are clearly visible (follow the instructions on headset position). I also highly recommend you measure your eye distance. This is done in the Settings->Devices->PlayStation VR menu of your PS4 and helps the image on your headset become much clearer. If you do these steps properly you will have a much more enjoyable experience.

Launch game titles are not spectacular names, but they provide a great introduction into what VR can provide in gaming. I’ve tried many of the launch titles and Until Dawn: Rush of Blood, Batman VR and Eve Valkyrie stand out. Until Dawn is a wonderful horror experience (albeit short). It is the first time in my life I had a strong physical experience playing a game. Living through Rush of Blood will leave you drenched in sweat and yearning for more adrenaline-pumping journeys like that.

Wayward Sky was a great game for young ones. A pleasant puzzle game with a nice story that kids enjoy. I would also like to mention The London Heist. It is part of the 5-game bundle called PlayStation VR Worlds. If you ever wanted to live through something similar to Guy Ritchie’s movies, this is the thing for you.

Unfortunately, I came across the first bad experience trying one of the post launch titles. Robinson the Journey leaves you on an isolated alien planet (with dinosaurs) to explore and solve simple puzzles. It lets you move freely around the world and to my surprise this caused a certain degree of nausea. It could be just me, because Eve Valkyrie puts you in the cockpit of a high-speed, freely moving space ship and I had no problems with that, but Robinson was almost unbearable. Those of you having problems with motion sickness should really try VR somewhere first, to make sure you won’t suffer adverse effects. 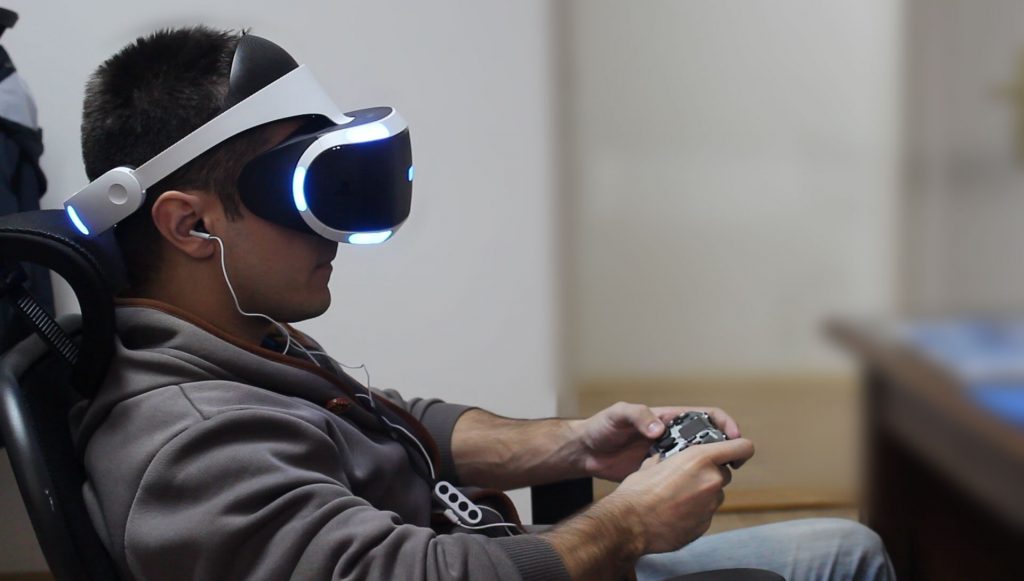 What excites me are some of the upcoming PSVR titles. Final Fantasy XV should have some sort of support for the hardware and I salivate at the prospect of playing Resident Evil 7 with VR. That should be the greatest (or the scariest) gaming experience so far.

PlayStation VR is a great contender in the virtual reality arena. Affordable (in comparison), easy to use and setup and working nicely with your PS4, it already provides quite a punch at launch. With more titles, fully utilizing the possibilities of virtual reality coming very soon, it is a great option to experience something truly revolutionary in gaming. Whether you choose to be an early adopter or wait a bit more and jump in on the bandwagon when it starts rolling, you’ll experience something we haven’t had since we stopped playing pinball at the arcades and started playing video games at home.