Cosmog is a Legendary Pokemon of the Psychic-type that was recently added to Pokemon GO. True to its name, the Cosmog looks like an adorable sentient cloud of space dust and gas that floats and swirls around. Since being introduced in Pokemon GO Season 12, Season of Light, many players have been wondering whether or not Cosmog has an evolution, and what does Cosmog evolve into? Luckily, the answer is yes, and the Cosmog evolution line goes – Cosmog into Cosmoem, followed by either Soleago or Lunala. We’re going to explain the entire Cosmog evolution in Pokemon GO, including how it can evolve to Soleago and Lunala. 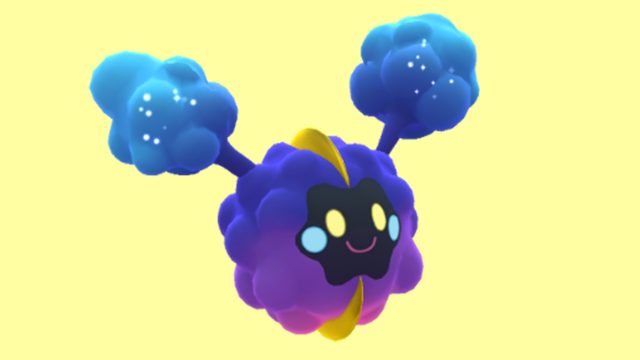 How to Evolve Cosmog into Cosmoem in Pokemon GO

First off, you need to catch Cosmog. You can do this by completing the new Cosmic Companion Special Research. One of the rewards is a Cosmog encounter. It is vulnerable to Bug, Ghost, and Dark moves. If you want to evolve it into Cosmoem, you will need to wait until the next part of the Cosmic Companion Special Research, which is scheduled to start on October 5th. After that, you will probably be able to use the x25 Cosmog Candy you get as a reward from this Research to automatically evolve it into Cosmoem.

How to Get Soleago or Lunala in Pokemon GO

Once Cosmog evolves into Cosmoem, it can then evolve to either Soleago or Lunala. Currently, we don’t know for sure what are the requirements to do so (as the evolution to Cosmoem still isn’t possible). But we can probably assume that, as is the case with Cosmoem, the evolution to these is going to be possible after stage three of the Cosmic Companion Special Research, which is scheduled to start on November 23rd. When that happens, we are going to know for sure how to get Cosmoem to evolve into one of these and we are going to update this article with that information.