Moira’s Boxes are locked military crates that can be found during the first chapter of Episode Two of Resident Evil Revelations 2. Moira can open them by playing a lock picking mini-game. Opening all six of them will give you the Can Opener (Episode Two) achievement, which allows you to buy Concept Art No.7 – a picture showing the development of Gabe and Pedro. If you’re looking for our locations guide for Moira’s Boxes in Episode One, go here.

Don’t forget to grab the map from the inn! Go to the southwestern part of the fishing village, near the beach. Head towards the hills and you’ll see a passageway that leads between them. Follow it to get to the first box.

When you pass through the metal gate while following Gabe, go right – there are a couple of run-down houses in this area. Enter the one that’s still standing and turn right. The crate is between the door and the window.

When you get to the helicopter, go around it to. The box is on the other side, on the ground next to the chopper.

This one is located in the big house between the inn and the path up the hill. It’s the one with the lights on, where you have to climb the broken ladder to the roof in order to jump inside. Once inside, open the door for Claire and fight the Ironhead. Open the remaining door and the crate will be right in front of you.

When you split up with Fisher, you’ll end up in a pub. As you enter its upper floor through the storage room, turn to your left – the box is in the corner, next to the banister.

While in the abandoned town, you’ll find yourself in a building, trying to get to the other side of some steel bars. Once you go down to the basement and enter the room with the hanging corpses and operating tables, turn left. The box is in the corner.

When you’ve opened all six of the boxes, you’ll get the Can Opener (Episode Two) achievement, which will allow you to spend BP to unlock Concept Art No.7 from the Rewards menu. 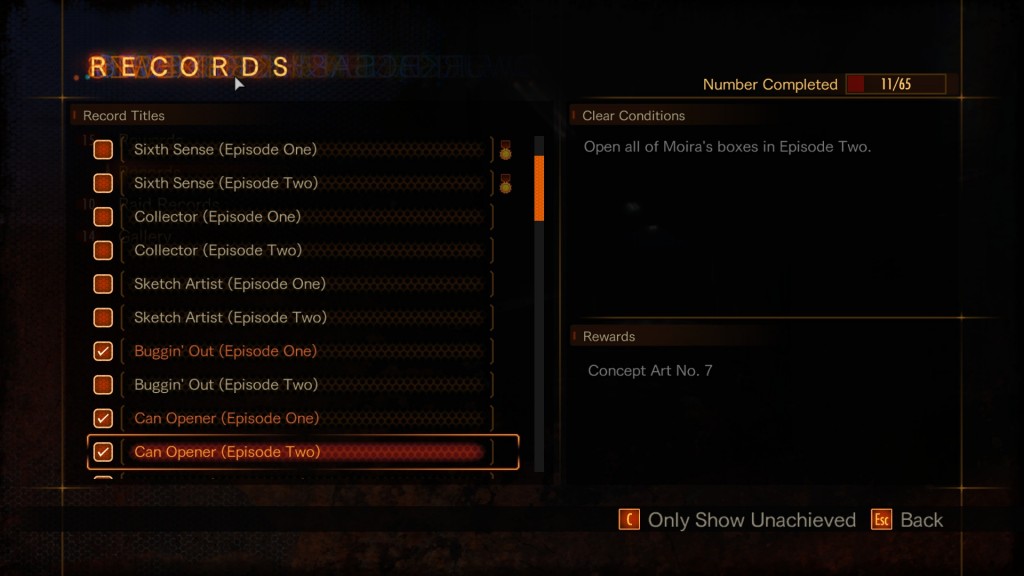 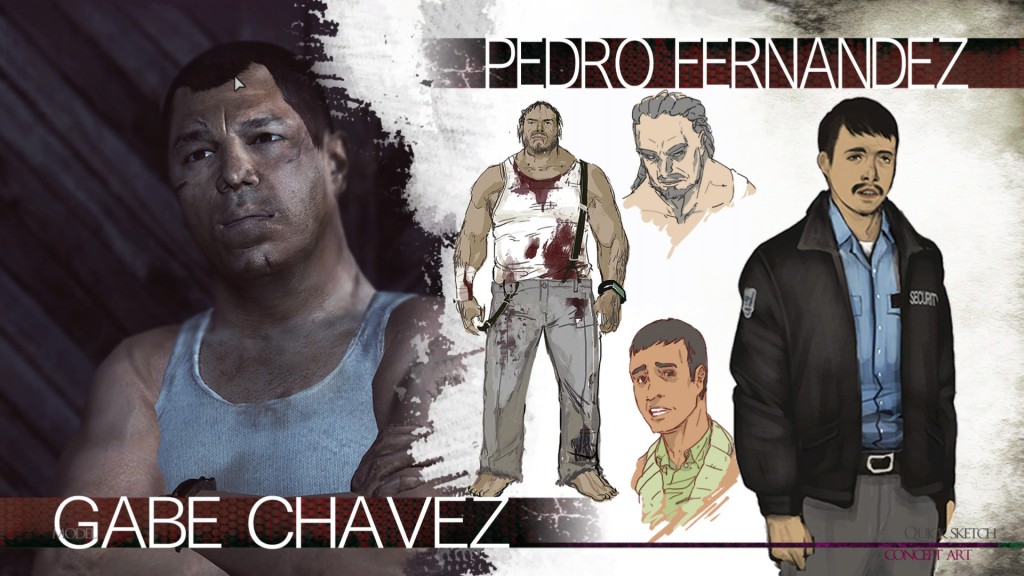