Natalia’s Boxes are orange chests with an elaborate locking mechanism. They can only be found in the second chapter of the game, and Natalia is the one who has to open them via the lock picking mini-game. When you collect all nine of them, you’ll complete the Inquisitive (Episode Two) achievement, which grants access to Concept Art No.8 – several drawings of Mutant Pedro. If you were looking for the Natalia’s Boxes locations guide for Episode One, that one can be found here.

Important note: You won’t be able to open all of the boxes if you didn’t kill Mutant Pedro with Claire and Moira. You need him to drop his drill in the tavern, so Barry can find it.

While you’re roaming the forest, you’ll stumble upon a blue wooden gate. As you pass through it, turn left. The chest is next to the logs in the corner of the area.

When you’re finished with the two Revenant in the area, go to the far side of the second house. Use the crate and the broken ladder to climb the roof, then walk over the plank to the other house. You’ll be able to see the chest through the hole in the roof. Climb down the ladder and let Natalia do her magic.

When you arrive in the fishing village, go to the beach. The big blue house closest to it has a tiny hole in the side that’s facing the ocean. Let Natalia squeeze through it and you’ll find the box in the larger of the two rooms.

Go to the inn. There’s a set of stairs on the left side of the building – go up them and turn right. The chest is at the end of the walkway.

Before you leave the village, go into the inn and pick up the drill that dropped after you killed Mutant Pedro in chapter one. If you haven’t killed him, instead deciding to run away, you won’t be able to get the next chest.

When you enter the abandoned town, go left through the gate and into the building. Climb to the top floor and use Pedro’s drill to open up a passage. Go to the hole in the wall and jump across the gap to the balcony. You’ll find the chest in the corner of the apartment, next to the stove.

When you clean out the Revenant in the warehouse, go towards the door with the emergency light above it. The box is right next to it.

After you enter the room with the hanging corpses and operating tables, go to the right and up the stairs. Turn left and look towards the door – the chest is next to them.

In the building with the elevator, leave the room with the workbench on the ground floor and turn left. There is a door at the end of the hallway, on your left. Use it to enter the garbage-filled apartment, which is where the box is.

After you enter the tower, turn right when you see the two sets of stairs in front of you. The chest is in the dead-end with the flaming barrel.

Once you’ve collected all nine boxes, you’ll unlock the Inquisitive (Episode Two) achievement, which allows you to buy Concept Art No.8 from the Rewards menu. 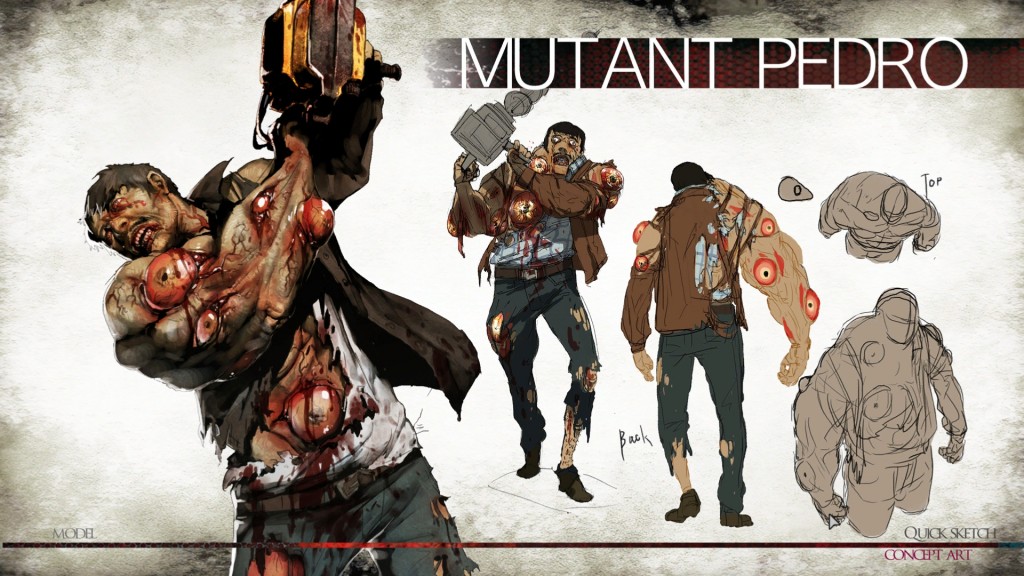