It has been an excellent year for cute blockbusters. It Takes Two, a supremely brilliant co-op adventure that is still our most serious GOTY candidate, debuted in March, and in early June, the world was blessed with Ratchet & Clank: Rift Apart, a tight contender for the top place on the diamond peak. Now, it’s time for Psychonauts 2, third but hopefully not the final entry in the same zucchero category – I reckon Kena: Bridge of Spirits will have to say its piece before the jury draws the line and announce the verdict.

Yes, cute blockbusters. No, we haven’t invented a brand new classification, we merely introduced the meaningful, top-level aggregation that makes sense in the context of all those games and more. It should be organically obvious if a game belongs to cute blockbusters, isn’t it? Psychonauts 2 for sure does. 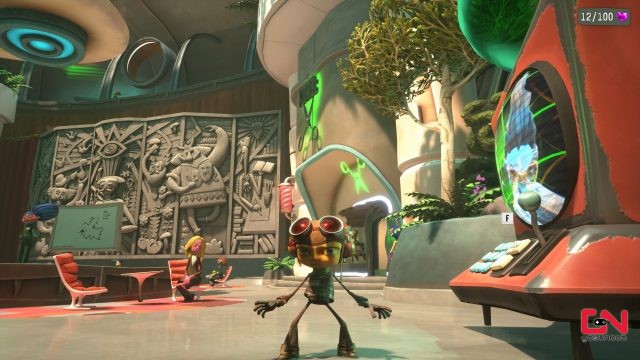 It’s endlessly debatable if Grim Fandango (1998) or Psychonauts (2006) is the defining game for Tim Schafer, the auteur, but it always felt that the Internet fandom roots for the latter. The Clamor for the sequel was pretty much the constant background noise during the last sixteen years that Tim and his Double Fine squad spent experimenting with this and that. Those experiments were mainly unsuccessful, so some people who wished for part two of Rasputin “Raz” Aquato’s story usually stated their reluctance in the same breath. Did Tim lose his ZING? Can he be trusted to deliver the sequel to one of the most magical games from the early XXI century? 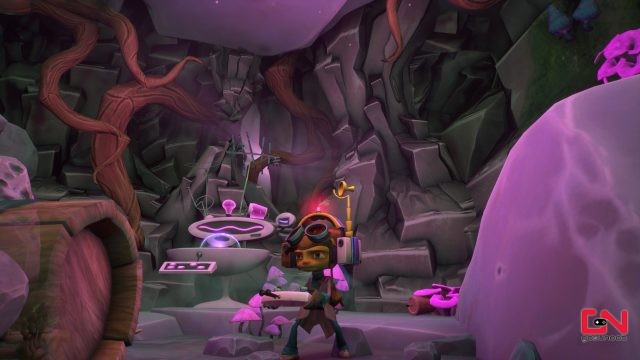 After dozen hours with Psychonauts 2, I’m pleased to report that the guy and his gang still have it. This is a rich, complex sequel that expands upon the original in every way, delivering the continuation of the story you might not fully remember after all those years. To be precise, the story of Psychonauts 2 immediately follows up the events from Psychonauts in the Rhombus of Ruin, a VR title from 2017 (PSVR/HTC Vive/Oculus Rift) that bridges the gap between the two main games. If you cannot be bothered to play those again, or if you don’t have or care for VR in general, there is a detailed recapitulation in the intro of Psychonauts 2. Or you can try youtube for a more detailed flashback.

Anyway, our lad Raz, having rescued the father of his love interest Lilly who also happens to be the head of the entire Psychonauts organization, gets immediately thrust into the fresh fray. Dr. Caligosto Loboto, although criminally insane, was not the mastermind of that kidnapping, and the plot thickens with the hint of a mole inside Psychonauts HQ. What follows is another epic journey through the brains and various twisted locales full of unbelievable stuff and very weird individuals. 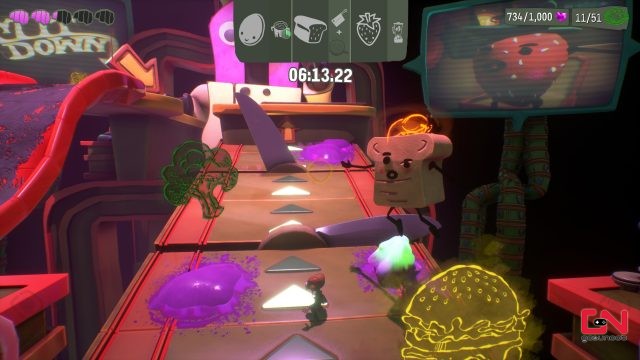 The beauty of Psychonauts 2 is absolute unpredictability. The game is one big, wrapped-up surprise, delivering the stuff you never expect or can predict. This is the game where anything goes, including but not limited to cooking game show inside of a mind of retired old Psychonaut suffering from insecurity and voices in his head. Or how about the twisted paradigm of Las Vegas ruled by an unscrupulous octopus lady? A big part of the new adventure is the Psychonaut HQ, a facility that houses top brass, Psychonaut interns, research labs, various rec facilities, and a mail room staffed by a clerk who was recently abducted and shipped back, sans brain, inside of a parcel. HQ works as a hub for various activities, some more optional than others, and some of that includes fooling around with your visiting family. Apparently, father Aquato had a change of heart and embraced his son coming out of the psychic closet. 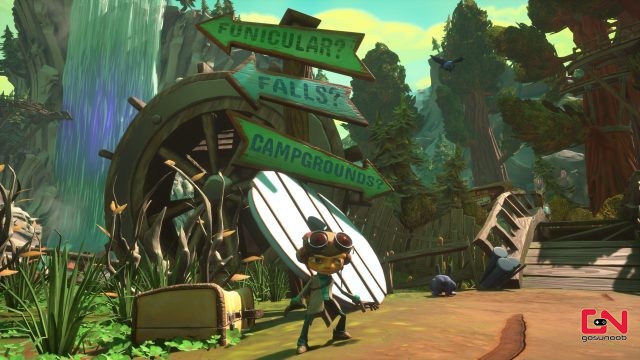 Psychonauts 2 offers a healthy mix of platforming, adventuring, light puzzles, and some combat with a lot of cinematic dialogue tying all those elements together. In the course of the adventure, Raz will acquire and upgrade many of new and old psychic powers such as levitation, telekinesis, and pyrokinesis – search for the upgrade resources and various collectibles has the potential to extend the life of the game way beyond the initial twelve to fifteen hours most people will invest into it. Action segments, mainly platforming and combat, are generally not very difficult, so the relaxing atmosphere is prevalent here. The real meat of the game is exploring various psyches – navigating the brains of zany individuals and correcting their many faults is the essence of Psychonauts and something you can’t get anywhere else. 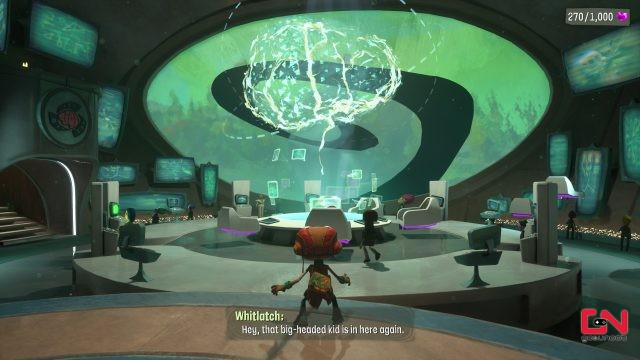 Is there anything not to like here? Well, humor is a bit on the safe side compared to Tim’s classic work. The first thing you’ll see when booting up a game is a mental health warning disclaimer, advising you to check some web resources if you are scared of teeth and dentures (!?). In the good (bad?) old days, Grim Fandango days, Tim and co. would display that health disclaimer as a joke, but now, It’s either deadly serious, or I’m too thick to appreciate the subtle irony. Those scary teeth are the hallmark of Dr. Loboto, the mad dentist turned kidnaper, but the context is comedic and harmless. I suppose you need to have all your bases covered in the age of fragility, but it’s tough to imagine anyone having a mental breakdown because this sweet, charming game displayed some oversized teeth. Any classic cartoon is much more explicit, scary or violent than Psychonauts 2. What’s next, shall we slap M rating on the Samurai Jack or Robot Chicken? XXI century needs more chest hair tbh. 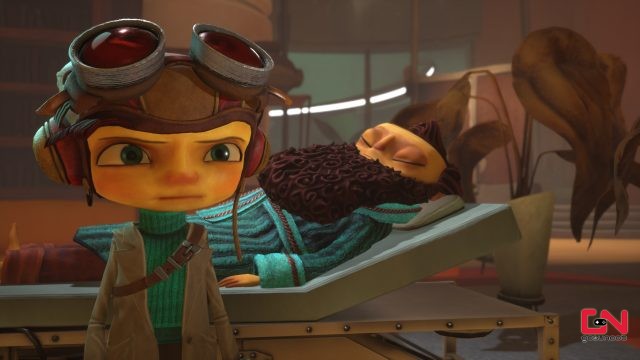 It massively helps if you are new to all this. Not carrying the emotional baggage of Tim’s previous works enables you to experience Psychonauts 2 without unrealistic expectations. This sequel won’t have the same impact as the unforgettable original, but it’s good enough to brighten up this second lousy pandemic autumn.