DICE and EA have released new information about the upcoming Star Wars: Battlefront beta. It will start on October 8th, and anyone is welcome to partake without the need to go through any kind of registration process. 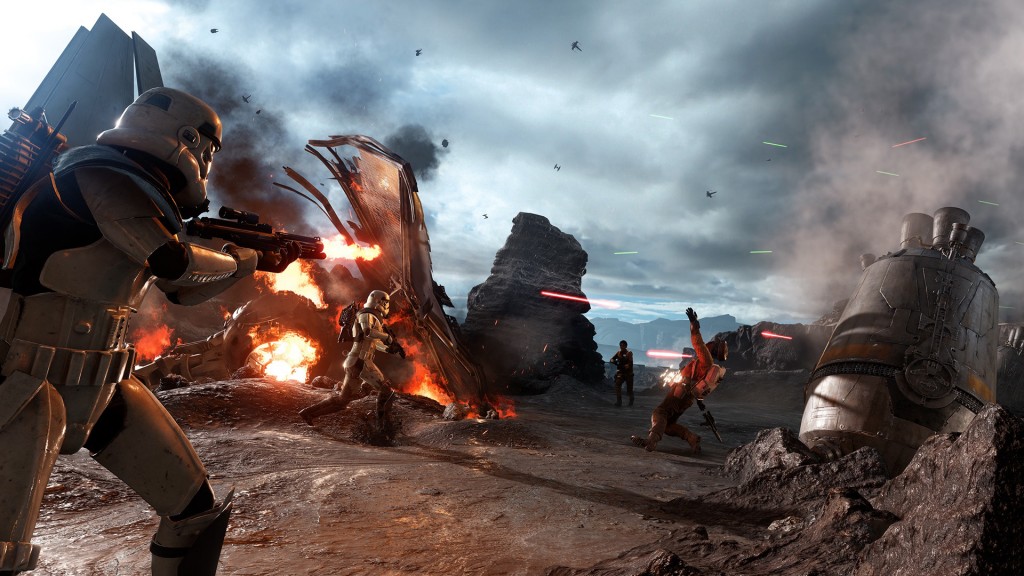 The beta will begin on October 8th, and end on October 12th. It will be freely available to everyone on PS4, Xbox One and PC, without the need to register anywhere. PC users will get the chance to preload the game from Origin a day earlier. It will weigh aroud 7GB on consoles and 11GB on PC.

We’ll get the chance to play three game modes on three maps (planets):The level cap will be at level 5, and progress won’t be carried over into the full game. We’ll have the chance to try out the Companion app as well – during the beta, it will be accessible using a browser, but it will be released on the Android and iOS closer to launch.