The Evil Within 2 has a host of different weapons that you can collect. Each one of them has its tactical advantage on the battlefield. To make it easier, some of the weapons are found in the locations of fallen Mobius operatives. Some of the other weapons can be picked up after defeating enemies, like the hand axes, or you can find them after a bit of searching in some of the side paths, some are part of the main story etc. We’ve put together this guide on where to find weapon locations in Evil Within 2 to help you on your way. 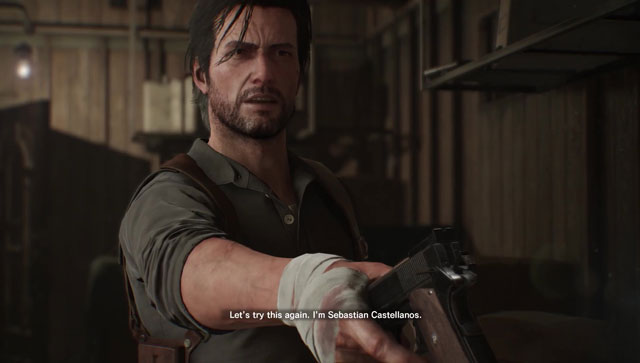 How to Get Warden Crossbow

The Warden Crossbow is probably the most important weapon in The Evil Within 2. You can acquire it fairly early on in the game, during Chapter 3 in Residential Area, after you find your first safe (O’ Neal’s) house. From this safe house, go to the southwestern part of the Residential Area, toward the end of the street. Near the end of it, close to the crossroad, behind a white Humvee, on the box, is the Warden Crossbow. It comes with one Shock Bolt, which you should probably save and not waste on the nearby pool made of hydrant water.

Sawed-Off Shotgun in Evil Within 2

The Sawed-Off Shotgun is found inside a house in the central Residential Area. This is where you arrive at the start of the game, during Chapter 3. If you follow a small side road, northeast from O’Neal’s safe house, pay attention to the second house on your left, the white one with a green door. The address is 322 Cedar Ave. There is a fallen Mobius operative with 5 handgun bullets in front of it. Go inside the house, find a shaft that leads to the basement, and use the PC in that room to get to the Marrow: Armory and beyond. In the next area, go toward the other end, pass the couple of doors, and crouch to go through the tunnel. In the final room, there is a locked door with a wall console that you can operate in order to unlock the entrance by adjusting the amplitude and frequency of the sound. Behind this locked door is the armory, with the Sawed-Off Shotgun.

Where to Find Evil Within 2 Full-Barreled Shotgun?

You can find the Full-Barreled Shotgun in the Business District during Chapter 6: On The Hunt. It’s in a storage shed that’s just south of the safehouse. The catch is, the storage room is locked. Fortunately, the key isn’t too far away. You’ll have to find a corpse in one of the alleys in the south of the Business Area. Stay on your toes, because the buzzsaw monster is hanging around there. For more detailed instructions, head over to our Evil Within 2 Storage Room Key Location guide.

The Laser-Sighted Handgun is found in the western part of the Residential Area, on the parking lot of the Union Auto Repair Shop. Hop over the fence, and investigate the body. It is on the ground, next to a white car.

How to Get Sniper Rifle?

The Sniper Rifle can be obtained during Chapter 3, called Resonances. As soon as you exit the Safe House in the Residential Area, you’ll notice a building with a brick facade across the street. On the roof of this building, there are several dead Mobius operatives. There, you’ll find the Broken Sniper Rifle, which you’ll then have to fix. In order to do so, you need to find Sniper Rifle Parts and a workbench. Luckily, you can find both in the tool shed in the northwest part of the Residential Area. In fact, the parts are lying on the workbench itself. For more detailed instructions, check out our Evil Within 2 Sniper Rifle Weapon Location guide.

In Evil Within 2, you’ll get the Assault Rifle in Chapter 13, called Stronghold. You get the weapon as a part of the story, so there will be light spoilers in this paragraph. In Chapter 13, you’ll wake up in Sebastian’s house. You can explore it freely. After you complete what needs to be done here, exit the house, and you’ll be back in Union. After a short conversation, you’ll be able to pick up the Assault Rifle. The weapon uses rifle ammo, and chews through it quickly. It has a 30-bullet clip, a 60 stock, with a max of 150. Of course, you can upgrade it; specifically, ammo capacity, fire rate, reload time, and firepower.

How to Get Evil Within 2 Flamethrower?

The Survival Knife is a stealth weapon used for melee combat, and clean kills from behind. You get it automatically during Chapter 2. At this part, you are being chased by a monstrosity with a spinning blade. During the second sprint run, when you go through the red-colored kitchen hallway, an enemy on the other side will throw a knife at you. After a quick moment, you’ll recover and leave this area, keeping the Survival Knife for later use. Great job, Castellanos!

The Semi-Automatic Handgun is also obtained through the main story, and can’t be skipped. Near the end of Chapter 2, shortly after you get the Survival Knife, you’ll find yourself in a house. Just before you leave the house, your character will automatically pick it up from a nightstand, located next to the door.

The Hand Axes is one of the “consumable” weapons. It breaks after a single use. It also replaces the Survival Knife in combat, and can instantly kill some enemies. You can find it, like most items, shining on the ground. It can be taken from the enemies, as well. One of the first ones you can find in the open are located just northeast from O’Neal’s safe house. There is a pile of bodies on the side road, and a Hand Axe among them.