Blood and Wine has added a bunch of new gwent cards to The Witcher 3. There’s even a completely new faction, the Skellige deck. Gwent lovers will have a great time collecting them all, playing against the new characters and even taking part in a tournament. This guide will show you all Blood and Wine Gwent Cards, their stats and how to get them. 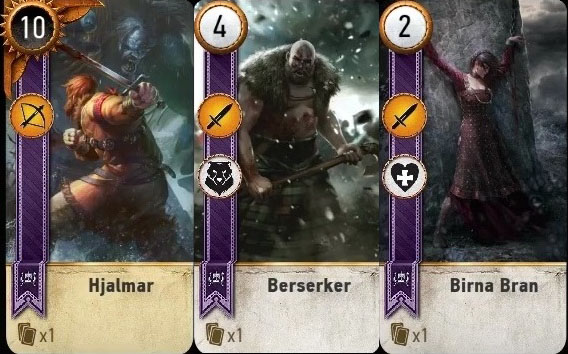 If you’re stuck with any other aspect of the DLC, take a look at our Witcher 3 Blood and Wine Walkthrough & Guides.Note: This guide is a work in progress. We’ll update it with fresh info once the DLC is out.

There might be new cards for various old factions, including neutral ones. We still don’t know if merchants from the main game are going to be selling them, but there’s no doubt you’ll be able to buy them in Toussaint. There will be a tournament in the city, so expect a lot of buzz around that.

The biggest treat is, of course, the new deck. A brand new faction to play around with, the Skellige deck consists of images of burly men and women, viking boats and bears. Crach an Craite will be the faction leader, and there will be several card abilities we haven’t seen before. Hjalmar will be one of the heroes, a ranged card with 10 strength. Here are the cards we know of so far:

Here’s what the card abilities in the new deck actually do:

NEXT POSTHow to Start Witcher 3 Blood and Wine Expansion Quest