Blood & Wine is the last expansion for The Witcher 3, which will put an end to Geralt’s story, possibly once and for all. It’s packed with stuff to do, places to visit, quests to solve, gear to collect, people to talk to and monsters to slay. It takes place in an entirely new area called Toussaint, where Geralt will get his own vineyard. There’s also a new mutation system that interacts with the existing skills and abilities in interesting ways. Sadly, there are no new hairstyles in it. Our Witcher 3 Blood & Wine guides will help you get through the game without missing anything, helping you solve difficult quests, find precious items, customize armor and build up your character efficiently. 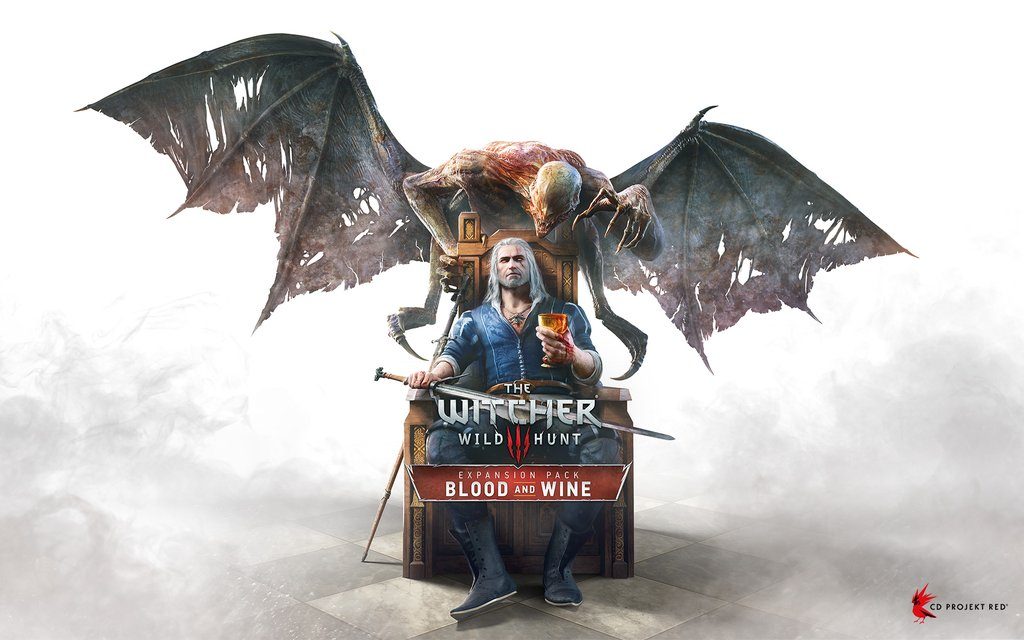 The DLC will feature a new suit of witcher gear, called Manticore Armor. It’s an exact replica of the armor Geralt wears in the first game. You’ll also get the chance to upgrade your old witcher armor to grandmaster level, making it viable in the new areas.

There are over 90 new quests in Blood & Wine. The main line takes you to the duchy of Toussaint to investigate mysterious monster attacks. There are several other large quest chains, that either diverge from the central plot or have nothing to do with it. The main story is supposed to take around 15 hours, while throughly exploring everything will take more than 30.

Early on in the main quest, Geralt will be rewarded with an estate. The Corvo Bianco Vineyard, as it’s called, is the first ever player home in the game. You’ll be able to upgrade it so it’s more accomodating, has more crafting equipment and provides better meditation bonuses. You can also bring friends over and display your suits of armor.

Mutations are a new skill system that operates somewhat independently from the old abilities, but feeds into them nonetheless. As you spend skill points and greater mutagens to research mutations, you’ll unlock new ability slots which will let you equip more skills. There are also 5 new general skills which will make your life easier.

Gwent has been updated with the addition of a whole new faction. The Skellige Deck is the newest addition to the popular card game. It adds cards based around the clans that inhabit the Skellige Isles. We still don’t know what separates this deck from the old ones, but it’s surely going to be fun to try out. There’s also a tournament you can enter, as well as a bunch of new players and merchants.

The user interface has been redesigned from the ground up. Everything looks clean and crips now, with a few major changes that aren’t only easy on the eyes. You can now read books as soon as you pick them up, without fiddling with the menus. The stats screen now features a fully rotatable Geralt. Here’s how the various menu look like, compared to the old versions:

Geralt will face more than 20 new monsters in his adventure, including tall, venom-spitting plants and giant centipedes (you’ll remember these if you’ve played the previous games). As the story revolves around vampires, there will also be more than a few kinds of those as well. It all leads up to a grand final boss fight, which is all about reflexes and tactics.