Elite Crossbow Set is a part of the sixth Witcher 3 free DLC, which went live during the first week of June 2015. It is an 8 MB update. Within this DLC, you’ll find three crossbows sold by three different vendors across the map. They have unique skins and decent damage. They can be used at a minimum of three different levels: level 7 (Nilfgaardian Crossbow), 14 (Skellige Crossbow) and 21 (Elven Crossbow). Check out their names, the locations of the vendors who sell them and everything else important regarding the Elite Crossbow Set in the guide below.

You could say this crossbow is part of the Nilfgaardian Armor Set. This armor set is a part of the same week’s DLC as the Elite Crossbow Set. The quartermaster in Baron’s garrison that sells the crossbow can be found in the center of the compound. 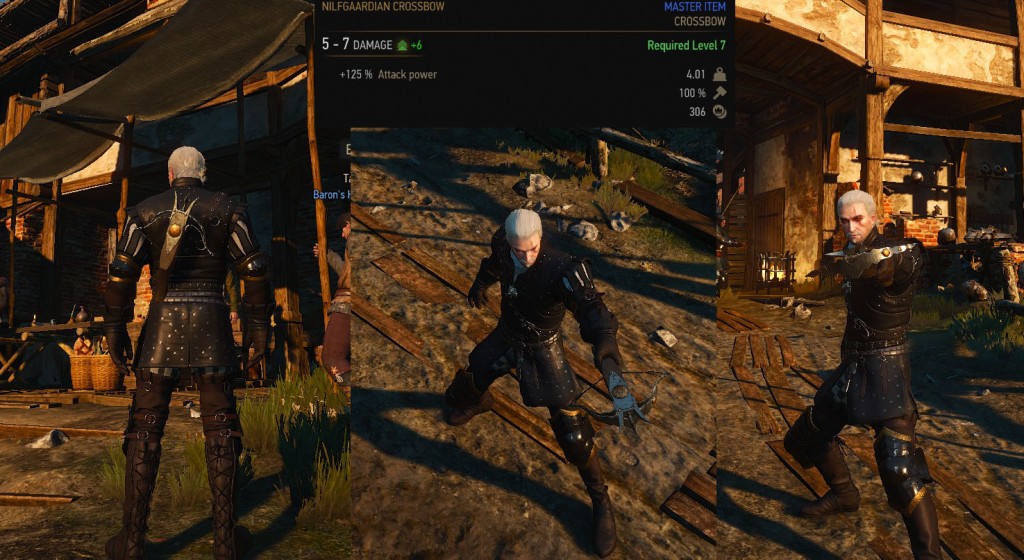 To reach the blacksmith that sells this weapon you have to go over the Bridge to Kaer Trolde. The gate that blocks entry to this part of the compound will be raised once you reach the island through a mission called Destination: Skellige and begin the next quest: “The King is Dead – Long Live the King”.

The vendor that sells this weapon in Novigrad is located just behind the northernmost Notice Board. You may remember him as the one who sells the respec skills potion. This is probably the most interesting crossbow I’ve found in The Witcher 3 so far. Its green and yellow colors makes it perfect for hunting in the woods. 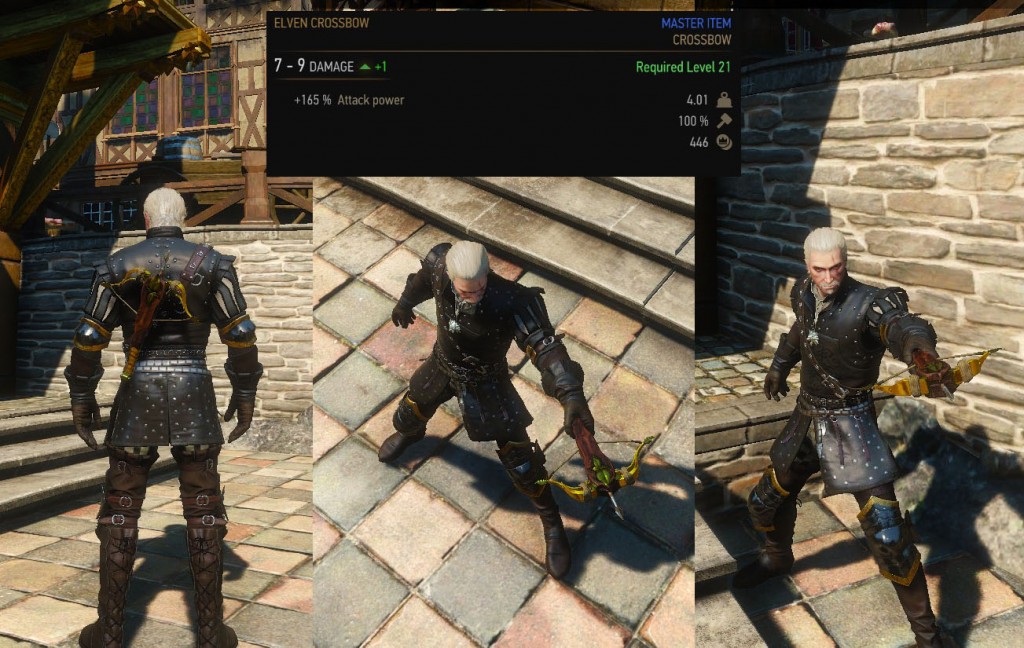