CD Projekt Red have announced 16 pieces of free DLC for The Witcher 3. Several have already been released, with more coming every few days. Some add new items, some add customization options, but all are free for every owner of the game. In this guide, we’re going to list all Witcher 3 Free DLC, as well as where you can find the items they add. 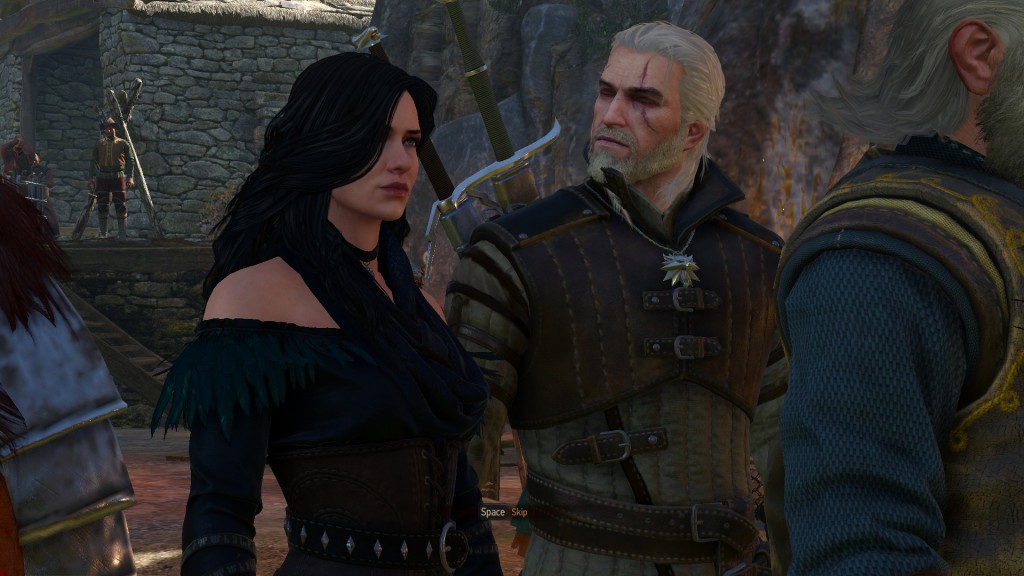 The first DLC adds a set of Temerian Armor that can be bought from a merchant in White Orchard. It includes a full set of armor with matching horse equipment. It’s far from the best armor in the game, but it will give fans of the previous games something recognizable to wear.

The Beard And Hairstyle Set is the second DLC, and it adds new options to choose from when you go to the barber, raising the total to six hair styles and five beard styles. You’ll need to go to a major city, like Novigrad or Oxenfurt, since the villages and hamlets don’t really have barbers.

The third DLC consists of a new quest called Contract: Missing Miners. It can be picked up in Blandare, on Ard Skellig (the largest of the Skellige Isles). As the name suggests, some miners have disappeared, and the townsfolk will want to hire Geralt to investigate. Suggested level 27.

Alternative Look For Yennefer is the name of the fourth DLC, which offers a different outfit for Yennefer of Vengerberg, everyone’s favorite sorceress. It’s still mostly black, mind you. You can enable or disable it from the menu at any time.

The Nilfgaardian Armor Set, which is the fifth piece of DLC for The Witcher 3, can be purchased in Crow’s Perch, in Velen. The black, stylish armor comes with matching checkered horse equipment. It’s good for low and mid level characters.

The sixth DLC comes in the form of the Elite Crossbow Set. It adds three new crossbows to the game, which can be bought from merchants across the map (Novigrad, Velen and the Skellige Isles). They look great and have decent performance, at the very least.

The seventh DLC contains a quest that can be picked up near Lurtch, called Fool’s Gold. It was released on June 10th. It involves a peasant crying over a roasted pig, and the suggested level for trying to finish it is 10.

The 8th free DLC is called Ballad Heroes, and it contains new skins for 10 neutral Gwent cards. You don’t have to buy them or find them, but you’ll only receive alternative skins for the cards you already have. Once you get the rest, you’ll get them with the new skins as well.

Wolf School Gear came on June 17th as the ninth piece of DLC. It contains a scavenger hunt quest that leads you to pieces of this witcher gear set, as well as their respective upgrades. The basic set requires you to be level 14 in order to use it. There’s also a nice story to it, if you care to read notes found in the game.

Alternative Look For Triss is what the tenth free DLC is called. It lets you dress Triss Merigold in a new, more revealing outfit. It’s basically a dress with a cleavage that will make you think parts of it are missing. Just like Yennefer’s new costume, you can enable/disable it from the menu at any time.

The eleventh piece of DLC contains a mean looking outfit that also provides great protection. It’s the Skellige Undvik Armor Set, complete with horse equipment, which make Geralt and Roach look like they walked out of Highlander.

Because Geralt didn’t have to deal with enough monsters already, another quest has been added as free DLC #12. It’s called Skellige’s Most Wanted, and it involves investigating attacks on merchants in Fyresdal.

Quest: Where The Cat And Wolf Play

Free DLC #13 is a brand new quest, released on July 1st. It’s called Where The Cat and Wolf Play, and it involves slaying monsters and an encounter with a witcher from the Cat School. You can pick it up from the notice board in Oreton, Velen (the note you’re looking for is called The Beast of Honorton).

The fourteenth free DLC is coming this week (July 13-19th), and it’s going to be an alternative look for Ciri. As before, you’ll be able to opt out of using the new oufit from the main menu. We’re going to have more info and pictures as soon as the DLC is out.

Geralt has a big range of moves in his choreography, but when you’ve seen them all hundreds of times, they can get a bit stale. The fifteenth free DLC is aiming to correct that, with a bunch of fresh finisher animations. As the name implies, these are exciting new ways to cut an enemy in half. Twice the blood for the same low price.

The final, 16th piece of free DLC is supposed to come out during the week of August 17th. It will contain a new game mode called New Game Plus, which will allow players who’ve finished the game to start anew, keeping their equipment and character build, while getting tougher enemies and better loot.