Longlocks is a boss in The Witcher 3: Blood and Wine. She’s a specter trapped in a tower in the Land of a Thousand Fables. You’ll encounter her during the quest Beyond Hill & Dale. In this guide, we’re going to show you how to beat Longlocks boss in Blood and Wine. 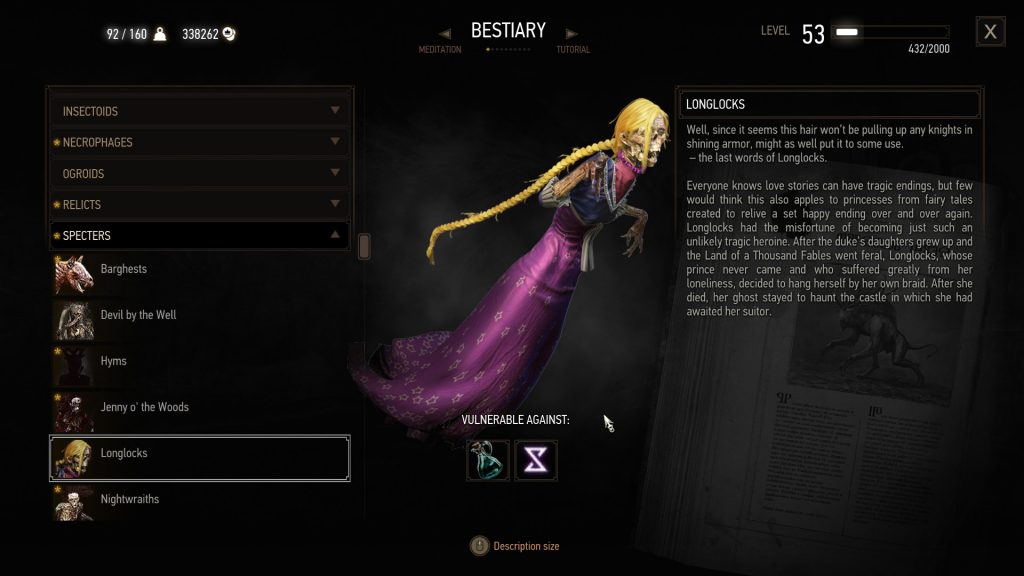 Like most other specters, Longlocks has the ability to fly. She’ll use this ability several times during the fight to put some distance between the two of you. While she’s near the ground, use fast attacks to hit her twice, then dodge. You can use Yrden to slow her down – she’s extra sensitive to it. Coat your sword in specter oil before you enter the fight – it will increase the amount of damage you deal to her.

When you do enough damage, she’ll soar towards the ceiling and start healing. Meanwhile, she’ll summon a bunch of skeletons to entertain you. She’ll do this three times – after the third healing, you’ll be able to drain all her health.

The skeletons are the hard part of the fight. When you’re playing on Death March difficulty, two hits from them are enough to put you away. The battle takes place in a small space, so it’s crucial you have control over it. Keep rolling around the room and try to single one out. When you see one straying far enough from the others, roll towards him and shred him with light attacks. Don’t overdo it – always be ready to roll away into safety.

The skeletons regenerate health slowly while they’re near Longlocks. Pay them no mind – the amount of health they can regain is miniscule. If their healing really bothers you, you could use dimeritium bombs to try and block it – we haven’t tried this, but it should work.

NEXT POSTBlood and Wine Endings | Witcher 3