Cloud Giant is one of the bosses in Witcher 3: Blood Wine. You’ll get to fight it during the Beyond Hill and Dale quest, while you’re in fairy land. This boss can be hard to kill, if you aren’t aware of the catch. In this guide, we’re going to show you how to beat Cloud Giant boss in Blood and Wine. 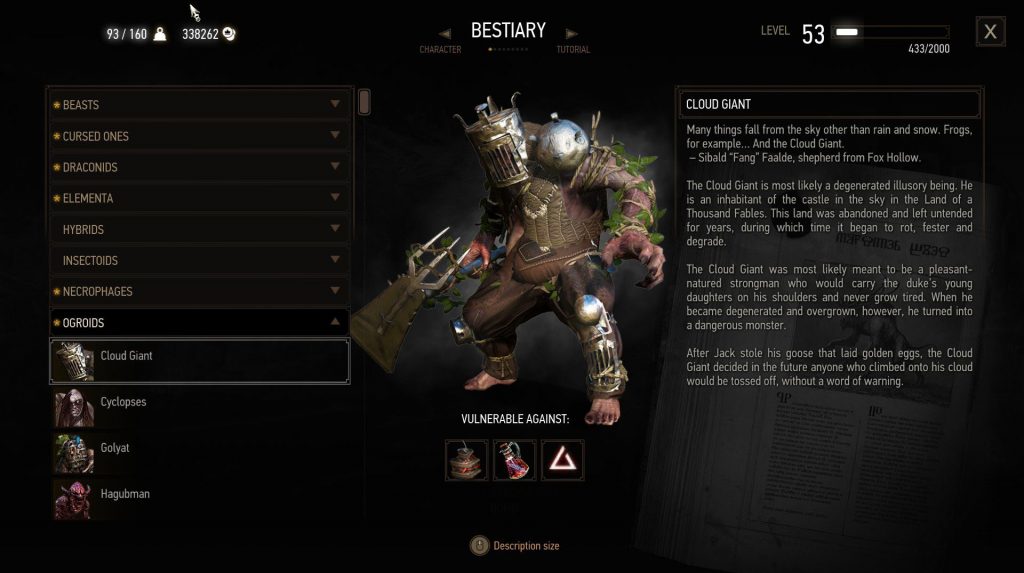 You’ll encounter this boss after you and Syanna climb the beanstalk. He looks a lot like Golyat, but is much stronger and has better protection. You don’t have to worry about your companion – he won’t be able to kill her.

His move set is also similar to Golyat’s – he uses a giant hoe for a weapon, swinging it around in broad swipes. He has a unique move that sees him fall through below the clouds, then jump up near you and try to hit you. If you don’t time your dodges properly, a couple of these will cost you your win.

According to the bestiary, he has a weakness to Igni, Dancing Star bombs and ogroid oil. If you’re playing on a higher difficulty, the latter is a must-have. 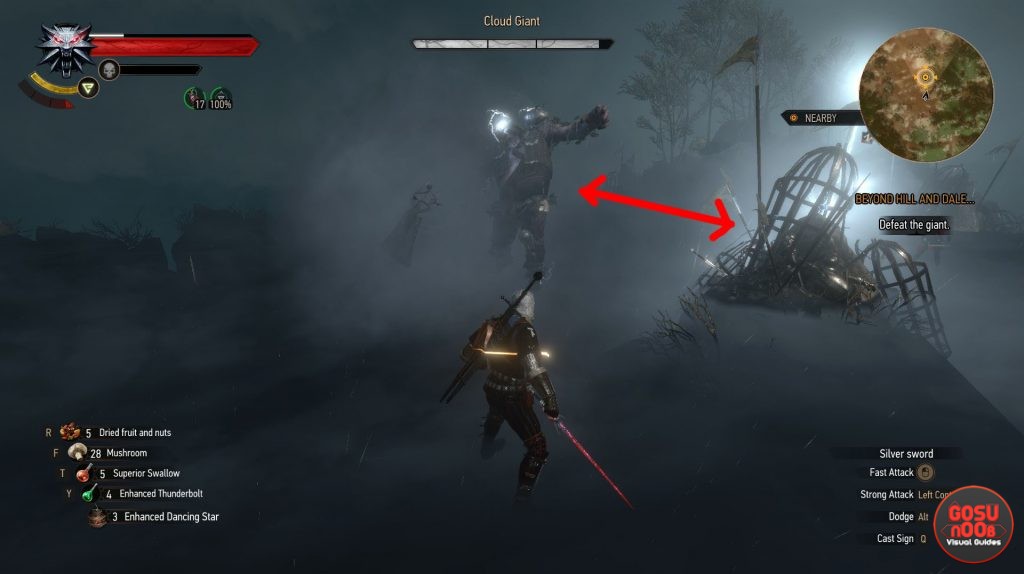 If you want an extra challenge, you should face him head on. However, if you want it to be over as quickly as possible, just lure him towards one of those piles of metal. When lightning strikes them it will electrify them. When the giant hits the elecrtified obstacle, it will stun him for a coupple of seconds. Use this time to land several strong attacks before he comes to his senses.